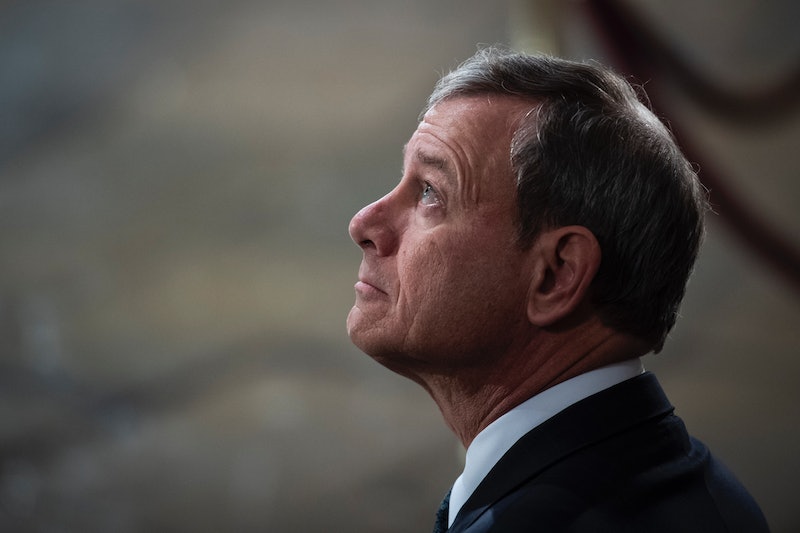 In his year-end assessment of the federal court system, Supreme Court Chief Justice John Roberts addressed sexual harassment, vowing to create safeguards for employees like law clerks. Roberts also addressed sexual harassment concerns in his 2017 year-end report after accusations came out against former members of the judiciary. However, the topics the chief justice didn't mention this time around are also notable.

The relationship is one of close association, candid intellectual exchange, and confidentiality. Recent events have highlighted that the very qualities that make the position of law clerk attractive — particularly, the opportunity to work with a senior member of the legal profession in a position of mentorship and trust — can create special risks of abuse.

You can read the entire 2018 report here, which included discussion of the work done by the Federal Judiciary Workplace Conduct Working Group to study sexual harassment reporting policies. (The Working Group issued its first report in June.)

"Although the Working Group found that the Judiciary compares favorably to other government and private sector workplaces, it did not give the Third Branch a completely clean bill of health," Roberts confirmed in the report. While workplace misconduct "is not pervasive" within the court system, according to the Working Group's findings, sexual misconduct is also "not limited to a few isolated instances" in the judiciary, according to Roberts.

Roberts approved of the Working Group's suggestions, according to The Associated Press. "But the Working Group concluded that more could be done, especially in encouraging all employees — not just law clerks — to come forward in reporting misconduct, and it set out a series of specific recommendations to improve the workplace environment," Roberts wrote in his year-end report for 2018.

Missing from the year-end report, however, was any discussion about the sexual assault allegations that briefly held up Brett Kavanaugh's confirmation to the Supreme Court. (Kavanaugh denied the accusations brought forth by Dr. Christine Blasey Ford, and he was eventually confirmed to the Supreme Court in early October.)

Roberts also decided to not discuss Trump's attacks on the independence of the judiciary branch. In November, Roberts rebuked President Donald Trump's "Obama judge" comment about U.S. District Judge Jon S. Tigar, who at the time blocked the administration's rules to ban migrants from applying for asylum in the United States if they entered illegally. "We do not have Obama judges or Trump judges, Bush judges or Clinton judges," Roberts told The Associated Press at the time. "What we have is an extraordinary group of dedicated judges doing their level best to do equal right to those appearing before them. That independent judiciary is something we should all be thankful for."

While he chose to not include discussion of those two prominent events in the judicial world, Roberts did highlight the work of judiciary workers — such as judges, clerks, among others — who helped keep courts running and opening promptly after everything from the Florida floods to the California wildfires.

To keep the judiciary's work in check, the Working Group will monitor progress of the judiciary in 2019, Roberts declared. "The job is not finished until we have done all that we can to ensure that all of our employees are treated with fairness, dignity, and respect," the chief justice wrote in this year's report.