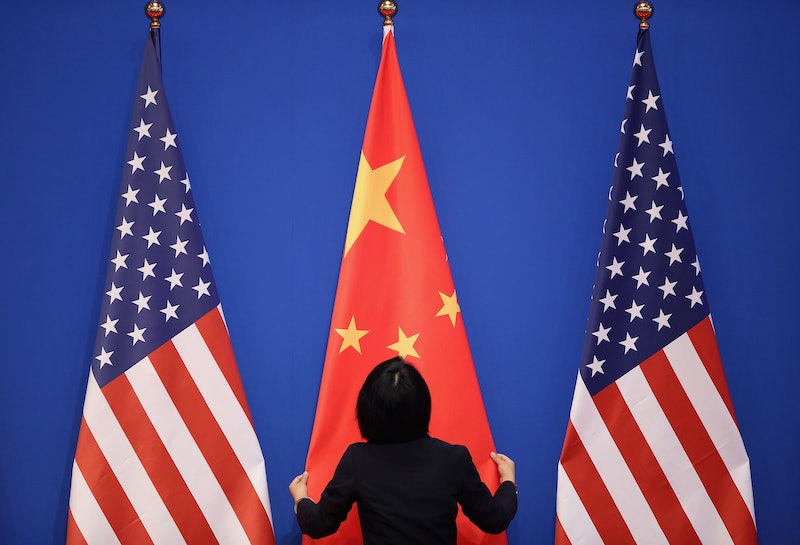 When they deem it is warranted, countries may issue travel warnings to their citizens, cautioning them to take extra care if they plan to visit certain countries or regions of the world. While typically these warnings trigger thoughts of war zones or natural disasters, that's not the case for one country. According to The New York Times, China is warning citizens traveling to the United States that it could be particularly dangerous because of the prevalence of gun violence within its borders.

According to the notice, which was reportedly issued by the Chinese embassy in Washington D.C., gun violence kills as many people in the United States as car accidents. The notice is posted online.

The Times further reports that China has opted to warn its citizens that robberies and burglaries also occur with a frequency warranting special care. Reportedly, the notice, which is written in Chinese, suggests that Chinese visitors to the United States avoid going outside at night. "If in danger, please be calm and call 911," it reads, according to a translation by the Times.

Some people reportedly took the warnings so seriously that they shared them on Sino-Weibo, a a micro-blogging website often referred to as the Chinese version of Twitter.

"Unlike the issue of guns, whose sole purpose is to kill, vehicles' main function is to transport humans as well as the food we eat, the clothes we wear and the goods we use," Josh Max argued in Forbes in October of 2017. "It's the incompetence of drivers largely causing the colossal number of deaths, injuries and billions of dollars' worth of damage on our highways, as opposed to the maliciousness associated with gun massacres."

The embassy warning also comes as President Trump has escalated a de facto international trade war, which partially targets the Chinese market. On Friday, Trump is scheduled to begin imposing an estimated $34 billion worth of tariffs on Chinese imports. As The Seattle Times reports, China is expected to impose retaliatory tariffs in response.

The Chinese embassy did not publicly link the tariffs to its travel warning, but it did come at a time when U.S.-China relations are particularly tense, especially insofar as economics are concerned.

Of course, gun violence in the United States is undoubtedly a large problem. And one of the most difficult aspects about it is the lack of political consensus concerning how to best attack it. While many have called for increased gun control, especially in the wake of high-profile mass shootings, Congress has thus far failed to act. That, too, is for a litany of reasons, many of which have to do with the current Republican congressional majority, gun lobby dollars, and the divisive nature of the subject.

As of Tuesday evening, the Trump administration had not publicly responded to the Chinese embassy's decision to warn its traveling citizens about perceived dangers in the United States. How long the travel warning will last is yet unclear.