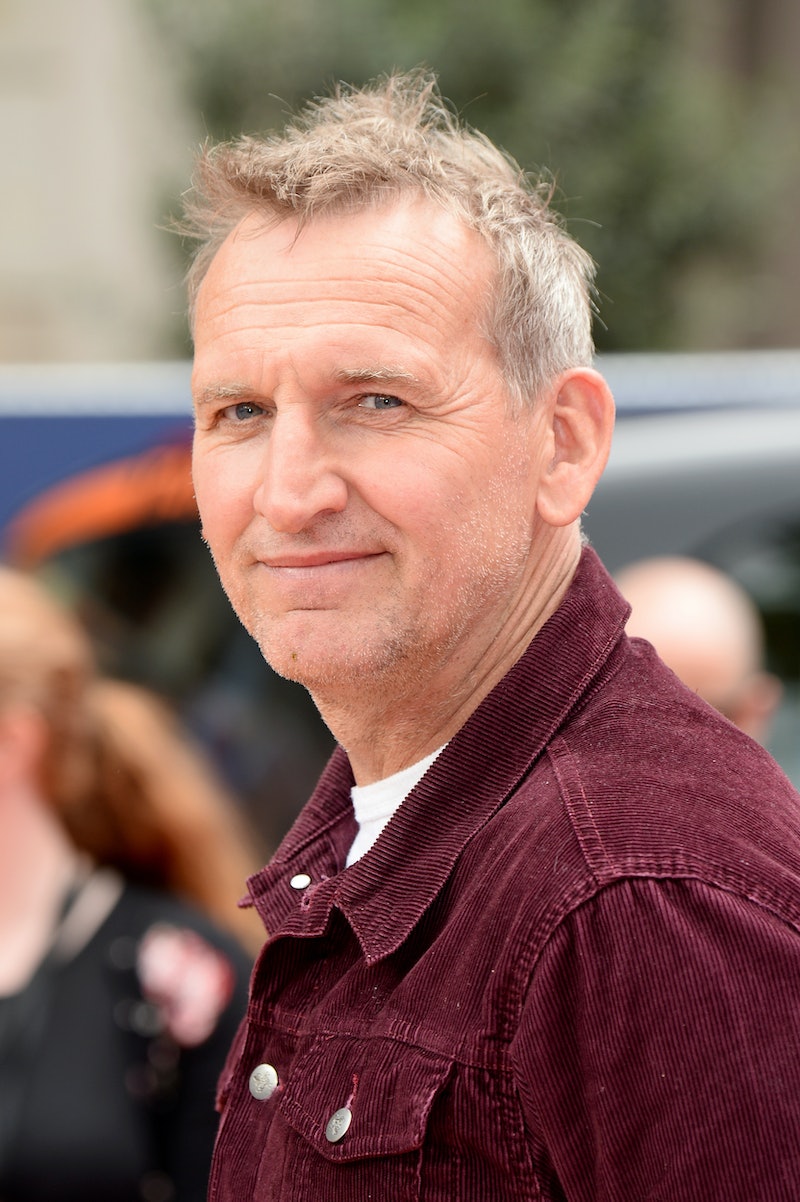 In his new autobiography, actor Christopher Eccleston opened up about his experiences with with depression, anorexia, and suicidal thoughts. The Doctor Who actor wrote that during his time portraying the Ninth Doctor in 2005, he was "very ill." And though he's experienced a lot of shame about being a man with anorexia, Eccleston said that he is doing well on medication and is looking forward to continuing to succeed.

“Many times I’ve wanted to reveal that I’m a lifelong anorexic and dysmorphic,” he wrote in his book, I Love the Bones of You. Over the years, however, he kept hesitating to talk about his experiences publicly. "I never have," he said. "I always thought of it as a filthy secret, because I’m northern, because I’m male and because I’m working class.”

But now, Eccleston is also opening up about his experiences with suicidal depression. He wrote that he had an extremely difficult time after separating from his wife in 2015. “I was in a state of extreme anxiety, convinced I was either going to die or I was going to kill myself," he said. "In my despair I reached for my phone and looked up a psychiatric hospital, I rang ahead, grabbed my bag and ran.”

Taking this immense step toward treatment helped the actor receive a diagnosis of clinical depression, which gave him access to receiving prescription antidepressants to help manage his symptoms. And though Eccleston wrote that he hopes to reduce the dosage eventually so that he can "experience reality again, to see how I do," the actor acknowledged that they have helped him recover.

While seeking treatment has helped Eccleston's treatment, he wrote that societal expectations distinctly hampered his recovery. Because, he wrote, the praise from other people about how he looked while he was starring as the Ninth Doctor in 2005 helped fuel his body dysmorphia. "People love the way I look in that series," he said, "but I was very ill. The reward for that illness was the part [of playing the Doctor]. And therein lies the perpetuation of the whole sorry situation."

And according to a 2015 study published in the journal Issues in Mental Health Nursing, this kind of inadvertent media reinforcement of anorexia isn't uncommon. The study concluded that when someone is anorexic, media and social media praising certain bodies while shaming others can "trigger or encourage" someone's symptoms.

These triggers may not always be obvious. This might be especially so of men with anorexia, because men's symptoms of and experiences with anorexia are often overlooked in social and medical spheres, according to a 2018 study published in the International Journal of Eating Disorders. Even when men's symptoms are more severe than women's, the study concluded, the stigma and barriers to receiving treatment can be higher for men.

In Eccleston's case, he wrote that his concerns about speaking freely about his anorexia were compounded by the fact that he's a man who comes from a working class background. And according to a 2014 study published in the journal BMC Public Health, there is still a popular media and medical association of disordered eating with white upper-class women. This image does not reflect the racial, gendered, or classed realities of who may experience disordered eating, however: indeed, the study concluded, people who experience various levels of socioeconomic and racial marginalization are likely to receive the least, and least effective, treatments.

However, since Eccleston reached out and started receiving treatment, he said that "I have received some of the best reviews of my life." So finally, Eccleston wrote, he's being rewarded for getting himself the treatment he deserves. In this, Eccleston embodies an important message: for anyone who needs it, seeking the mental health treatment you deserve can also help shape the rest of the kind of life that you deserve.