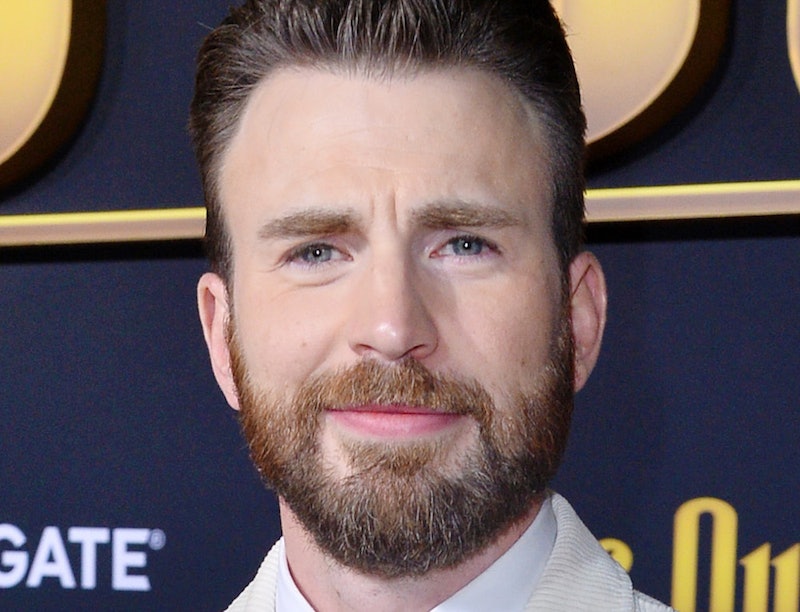 What’s smoother than a good Negroni recipe? The sound of Stanley Tucci’s voice as he teaches you how to make one, of course. An Instagram video of the Devil Wears Prada actor making a Negroni in his kitchen amid quarantine has gone viral — and even Chris Evans has expressed his love for Stanley Tucci’s cocktail video. The Knives Out actor declared his love for his Captain America: The First Avenger co-star on Twitter on Tuesday, April 21, after the video went viral, and divulged that Tucci would often make cocktails on set of their 2011 Marvel film.

“I. Love. Stanley. Tucci,” Evans tweeted alongside the clip of Tucci. “On some (most) days after we finished filming on the first Captain America movie, Stanley would make us martinis in his trailer.” He continued, “He’s an absolute gem. However cool, fun, witty, and charming you think he is, double it and you’re halfway there.”

In his Instagram clip shared on Monday, Tucci shakes up some gin, vermouth, Campari, and ice in a cocktail shaker for his wife Felicity Blunt, a literary agent and sister of Emily Blunt. “What are you gonna make me?” Blunt asks in the video. “A Negroni,” Tucci replies as soft jazz permeates the kitchen. The video has now culminated in collective thirst among the Twittersphere.

One user tweeted, “women only want one thing and its stanley tucci patiently making a cocktail and explaining each step as he does so.” Another user mused, “I want Stanley Tucci to manhandle me the way he slams down his cocktail ingredients.”

Tucci starred in Captain America as Dr. Abraham Erskine, the scientist who developed the Super Soldier Serum that gives Steve Rogers (Evans) the abilities to become Captain America. In an interview with MTV in 2011, Evans praised Tucci and co-star Tommy Lee Jones and opened up about the intimidation of working with them in Captain America. “These guys are just so talented and good at what they do,” Evans said. “It’s intimidating because you wanna make sure you do your job because you know they’re gonna do theirs."

Tucci appeared to enjoy his time in the MCU, too. In an interview with Collider in 2013, Tucci expressed disappointment in not being able to return for Captain America: The Winter Soldier due to his character’s death. “I loved making that movie. I had a great time,” he said of the first film. “I was thrilled to be able to play that. I was so sad that I died because I wanted to come back and do another one.”

For now, Evans response to Tucci’s cocktail tutorial will just have to compensate for Winter Soldier's Dr. Abraham digression.