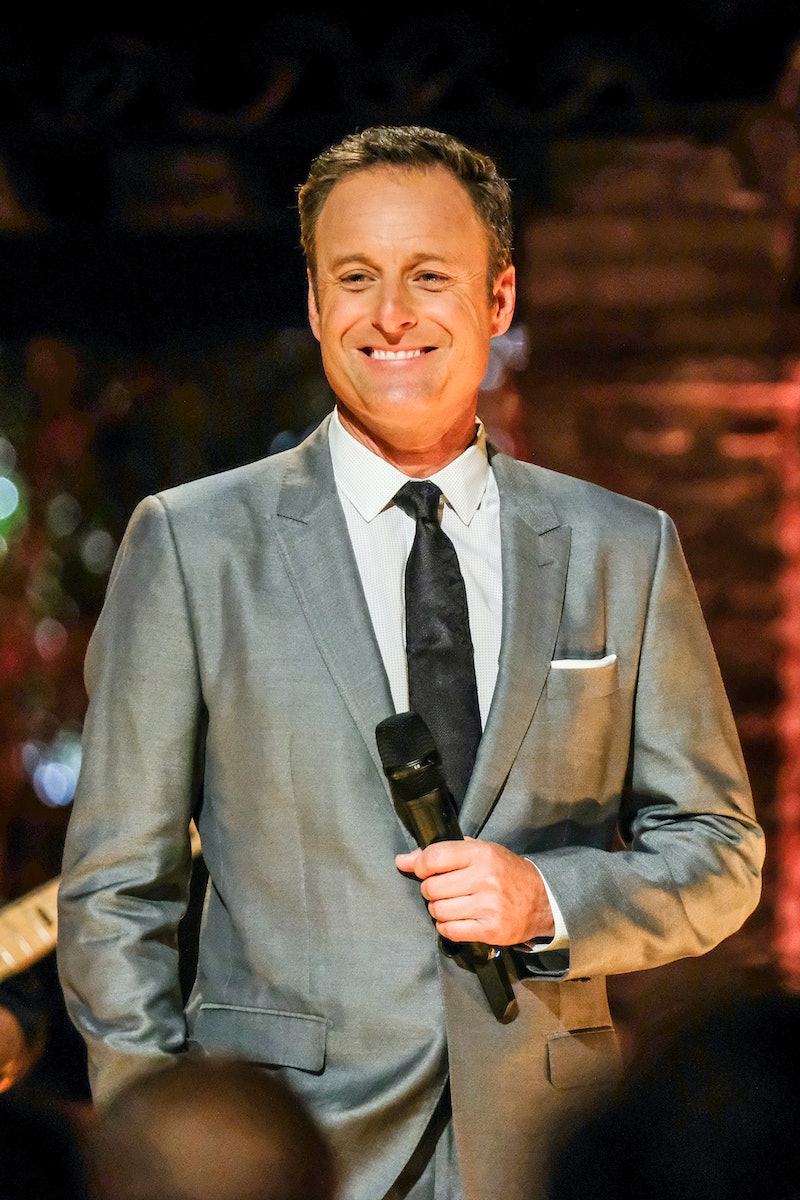 Chris Soules and Victoria Fuller may not have appeared on the same season of The Bachelor, yet that hasn't stopped them from developing a romance that honestly no one saw coming. Not even Bachelor host Chris Harrison, who weighed in on Chris and Victoria F.'s relationship. And, good news, he appears to approve of this unlikely Bachelor Nation union, even if it did come completely out of left field.

"Apparently there's more and more evidence building to this relationship," Harrison recently told Entertainment Tonight about the couple, referring to how the alums appear to be quarantining together at Chris' home in Iowa. "Nobody saw it coming... but great." And as for how the duo initially started to connect, Harrison has a very specific idea of how it all came to be. "I guess he slid into her DMs — is that how that works? I don't know, but good on them," he added, delivering what can only be described as the ultimate dad-like retort. "I hope they're happy and I hope she's driving tractors around, flipping up the soybeans and all that good stuff. That's great."

Though neither of them have officially come out and confirmed they're in a relationship, Victoria F. seemed to indicate as much in a recent Instagram post, where she posed in what appeared to be Chris' living room. He isn't shown or even tagged in the post; however, she made a point of captioning the image "Farm life" and put her location as being Arlington, Iowa, which is where Chris' farm is located. Not to mention that the couch shown on the right side of the photo looks an awful lot like the one Chris is shown laying on in his own Instagram image below. Same throw pillow and everything:

That doesn't exactly confirm anything, nor does it hint at how serious this relationship really is. Though quarantining together certainly seemed to work out well for Peter Weber and Kelley Flanagan. But whether they're in this for the long haul or not, they have Harrison's complete and utter support. "I think they both have similar pasts. I think they have things they can relate to with each other," he added about the match-up. "And however they wanna define it, when they define it [is up to them]." Spoken like the true Bachelor dad that he is.