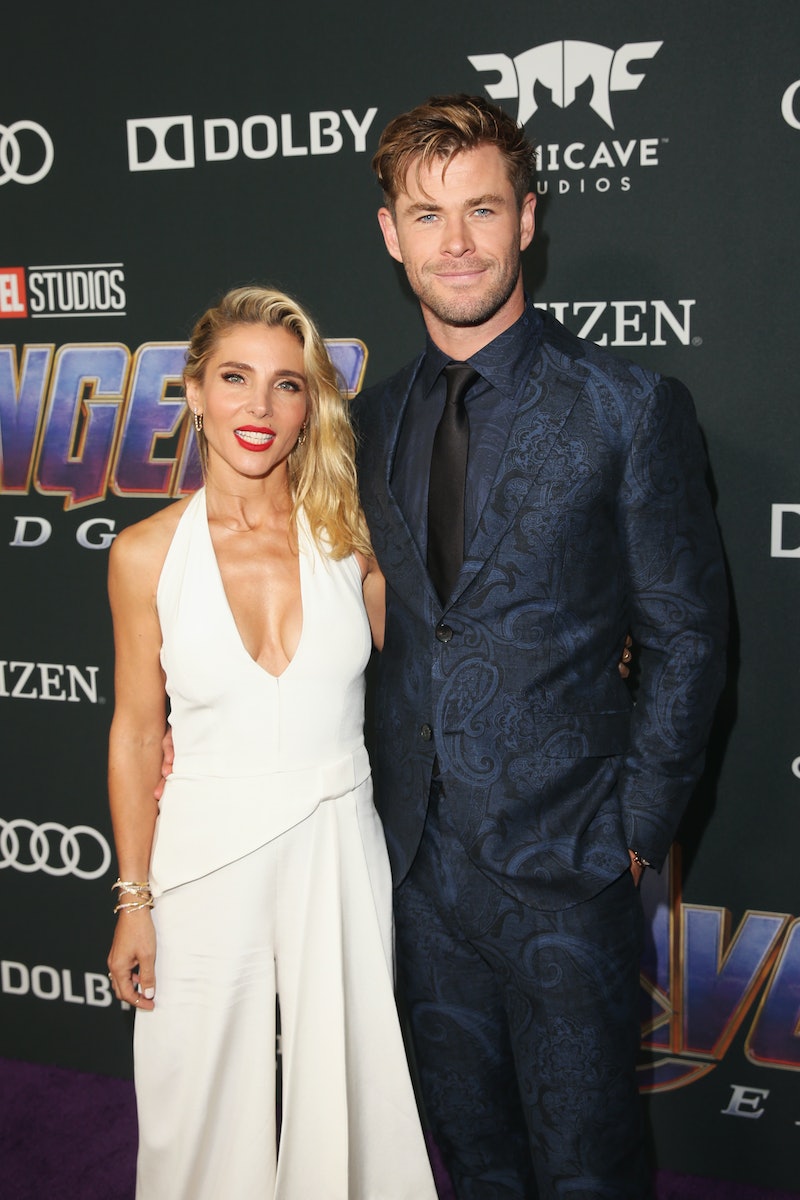 As much as he's known for his fantastic sense of humor and playing Thor in the Marvel films, Chris Hemsworth is also recognized for his body. In a June 3 interview with Australia's The Kyle and Jackie O Show, Hemsworth joked Elsa Pataky is over his shirtless scenes. Hey, she's just all about his inner beauty, OK?

It's no secret the Men in Black: International star works out, nor that he's basically a real-life "God of Thunder" with his massively ripped arms and abs. He's even frequently seen without his shirt in movies, including his new one, Down Under Cover, costarring Tiffany Haddish.

Hemsworth said about the film, "It’s an action-comedy-heist kind of vibe. There’s some male stripping going on, which is always a healthy dose." After being asked how Pataky feels about him being shirtless once again, Hemsworthy joked,

"She's just sick of it. She's just like, 'Put your clothes on.' That's right — it's not nearly as exciting for her at all."

Pataky obviously finds Hemsworth attractive and most likely enjoys seeing her husband without his shirt like most everyone else. That said, as his partner, she just sees him differently and not as only a famous actor with a six-pack. For her, he's so much more than his body.

During a 2015 chat with Women's Health U.K., Pataky said about Hemsworth (via Us Weekly):

"For me, sexy is the inside of someone. Of course I think he’s beautiful and fit, but I will never tell him that because he will get too, how do you say, 'cocky'?"

See? She's has a great sense of humor, too. They both love making each other laugh and joking around with each other. For example, have you ever seen Hemsworth's celebratory birthday dance with Pataky from July 2018? The video is worth a view, even if you've already watched them dance. Pataky can't stop laughing and it's adorable. Hemsworth captioned his Instagram,

"Gave my wife a dance lesson for her birthday, I should’ve given myself one too. Happy Birthday love."

Like Pataky posted on Instagram in February next to a silly selfie of the two, "Love love love always and forever! #youalwaysmakemelaugh love you."

Even if Hemsworth does take his shirt off a lot for his projects, that doesn't really mean Pataky is irritated about it. She absolutely supports him and his career, just like he does her. Plus, they have a solid marriage that they work at keeping intact. In Vogue Australia's May 2018 issue, she said about their relationship,

"We did everything very quickly — I don't know how we survived as a couple. We were married and then a year after we had kids. It puts a lot of pressure on a marriage, but we came out good because there is a lot of love between us and we are very strong personalities but love each other so much. We make it work."

Hemsworth and Pataky's relationship is one to be admired. They love each other not just for their gorgeous outward appearances, but for also their inner beauty. And, yes, there's always a chance Pataky will get some pleasure out of seeing Hemsworth shirtless once again, because, well, she has two eyes.