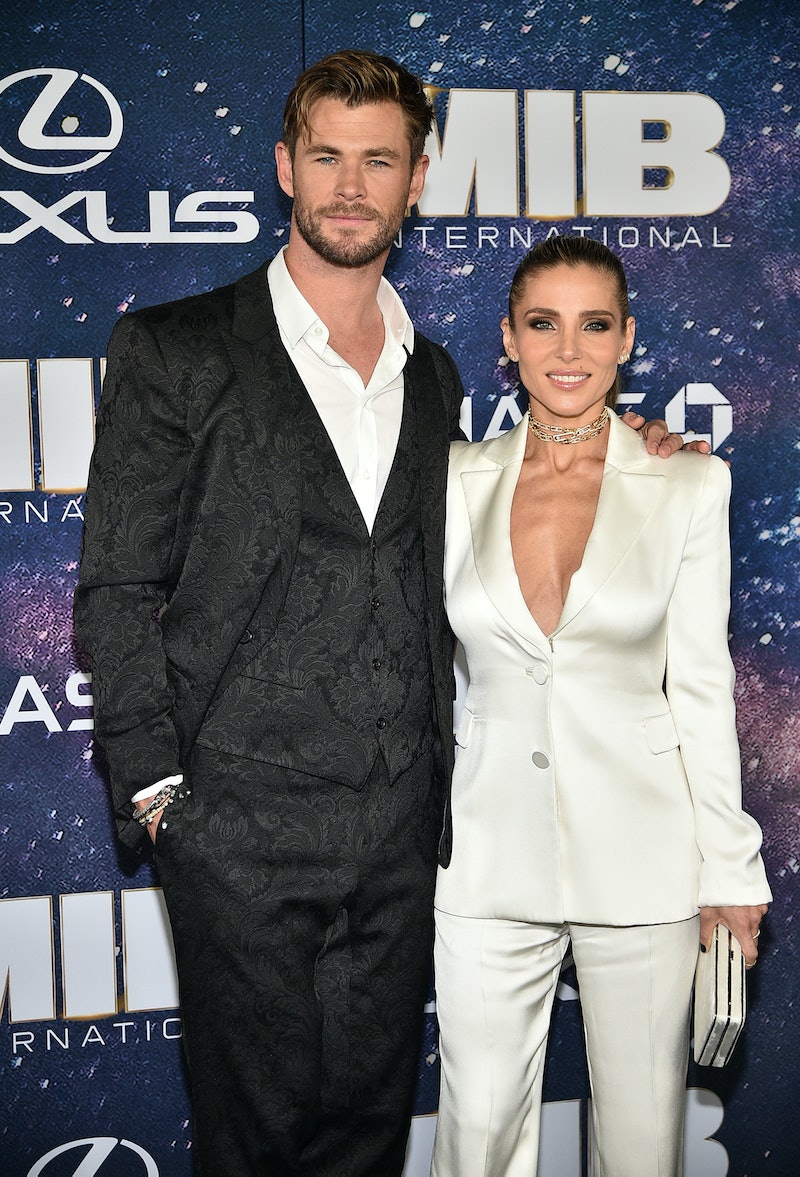 This celebrity couple can't help but be adorable. Chris Hemsworth's birthday gift from his wife Elsa Pataky is seriously so perfect. The Avengers: Endgame star turned 36 on Aug. 11 and Pataky gave him the best present someone could ask for. It's so good that even Thor, who Hemsworth has played in many Marvel films, would want it for himself.

On Wednesday, three days after his official birthday, Hemsworth thanked everyone on Instagram who sent him kind messages on his special day. The Men In Black: International actor first wrote, "A very late thank you for all the birthday wishes and gifts." He then showed love to Pataky and the gift she made for him. That's right, the Fate of the Furious actor utilized her multitude of talents to create a present for her husband. Hemsworth wrote about the gifts he received, "My favourite was this new cape that my lovely wife knitted me #truelove."

The now 36-year-old showed off his "new cape" too. As you can see below, while wearing a hoodie and a baseball cap, Hemsworth posed with the "cape," aka afghan, wrapped around his shoulders. He also looks very serious in the image. He must be channeling his inner superhero for the photo, which probably can't be avoided when one puts on a "cape." Pataky definitely did a great job. Hemsworth will probably never want to take off his new accessory.

On Hemsworth's actual birthday, Pataky took to Instagram to wish her partner a very happy birthday. Next to a series of photos highlighting their strong and loving relationship, she gushed, "Happy birthday to my favourite human being, my husband my partner, my love, best dad ever, Im so proud of you and who you are. Don’t ever stop making us laugh. You make every moment in our lives so happy."

Based on past Instagrams they've both shared, there's no doubt Hemsworth and Pataky constantly make each other smile. For example, in July 2018, the Thor star posted a hilarious video of his birthday dance with Pataky. He captioned it, "Gave my wife a dance lesson for her birthday, I should’ve given myself one too. Happy Birthday love." The dance was so fun that Pataky couldn't stop laughing.

As much as the couple loves to joke around with each other, they take their marriage seriously too. While chatting with Vogue Australia in May 2018, Pataky opened up about Hemsworth. "We did everything very quickly — I don't know how we survived as a couple," she admitted. "We were married and then a year after we had kids. It puts a lot of pressure on a marriage, but we came out good because there is a lot of love between us and we are very strong personalities but love each other so much. We make it work."

They've been married for almost nine years and are still making each other laugh, which speaks volumes about their relationship. As hard as marriage can be, the two push through. Also, Pataky making Hemsworth a blanket that doubles as a cape probably helps a bit, too.