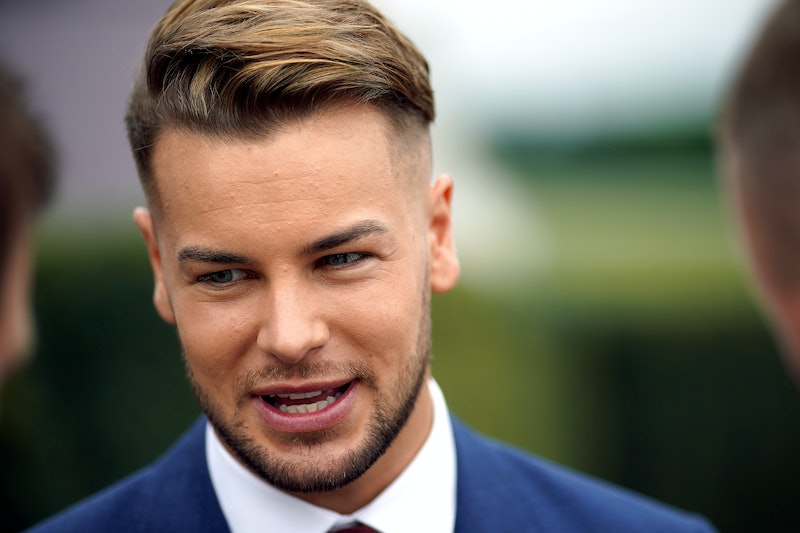 Any hopeless romantics might need to grab a tissue real quick. Because Chris Hughes cried when speaking about Jesy Nelson's online bullying and it's potentially the sweetest thing I've seen in a while.

Hughes was appearing on ITV's This Morning with Holly Willoughby and Phillip Schofield discuss the Movember campaign, where men raise money for suicide prevention, mental health, and testicular cancer charities by not shaving. The latter has personally affected Hughes and his family, as his brother was diagnosed with the condition at the start of this year.

Later in the interview the conversation turned to Hughes' girlfriend, in particular her struggle with trolls and cyber bullying, which she revealed in a recent BBC Three documentary.

Hughes described Nelson as a "strong girl" before breaking down in tears, adding, "I get so emotional when I talk about her."

Willoughby and Schofield comforted Hughes, praising him for showing his vulnerability but also Nelson for sharing her journey. "The beauty of that documentary is that it doesn't just help people going through that struggle online, it helps the older generation, the parents, to understand social media," Willoughby said.

Hughes and Nelson's relationship has gone from strength to strength since getting together earlier this year. Hughes spoke to the Mirror about their partnership and gushed over what a brilliant woman Nelson is. "Yeah things are marvellous. Everything's good. She's a wonderful lady," he said.

Obviously the feeling is mutual and the future is bright, as Hughes also revealed in the same interview that they've moved in together, and that even the realities of cohabitation haven't dampened their fire. "We obviously live together now, which I think everyone knows. But we fit around it. Nobody is ever too busy for love, that's what they say."

Hopefully this pair will carry on in domestic bliss for a long time to come.