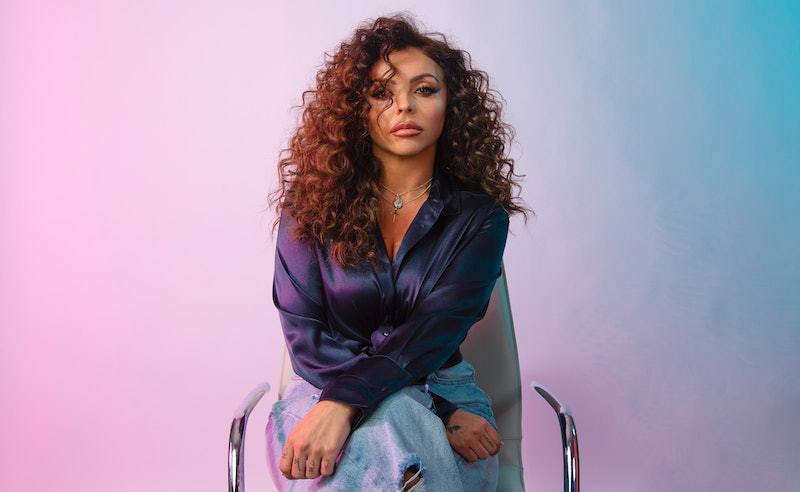 Supremely talented and achieving what most young people could only dream of. That was, and still is, Jesy Nelson's life. But for years, the Little Mix star wasn't living the dream. She was desperately battling with an onslaught of online abuse. Now Nelson has revealed the extent to which trolling impacted her mental health.

Speaking to the Guardian ahead of her new BBC documentary about mental health and online bullying, the 28-year-old singer described winning The X Factor as "the worst day of [her] life," as it was when the nasty comments regarding her appearance really began to escalate. But even prior to becoming the champion of the 2011 series, Nelson was struggling.

During filming, she would check comments made underneath YouTube videos of Little Mix's live performances. There were tears. One time, she was asked to explain why she was crying. Nelson told the Guardian she believed it wasn't recorded, but a clip appeared on The X Factor, causing further escalation of the online abuse.

“It was like as soon as people knew that it was really affecting me, they wanted to do it more," she explained to the paper. She developed a kind of "addiction" to reading critical comments, she says, starting with Twitter and moving on to abuse left by Daily Mail readers.

“I had a routine of waking up, going on Twitter, searching for the worst things I could about myself. I’d type in the search bar: ‘Jesy fat’, or ‘Jesy ugly’, and see what would come up. Sometimes I didn’t even need to do that, I’d just write ‘Jesy’ and then I’d see all the horrible things."

Advice to ignore comments didn't change things, and Nelson began to struggle publicly. Per the Guardian, she felt she had to come across as a strong, confident woman while feeling like "an absolute mess" inside. "I’d become a bit of a joke," she said. "People would make memes, chopping my head off in a group photo and putting a monster or E.T. on there. I’d be in live Q&As and these things would pop up and I’d have to just sit there.”

She starved herself before participating in shoots or performances, began avoiding events where she'd be photographed, and checked for positive comments about her slimmer figure to spur the behaviour. In 2013, she attempted to take her own life, the Guardian writes.

Speaking to the BBC, Nelson said she tried to hide how she was feeling because she "didn’t want to annoy anyone or be seen as a diva... It was the worst thing I could have done.” Eventually, she quit Twitter, reports the Guardian, and "slowly started to feel normal again."

In the upcoming BBC documentary, Jesy Nelson: Odd One Out, the singer will explore the impact of online abuse and open up about her recovery process. Her bandmates and family feature along with other people who have experienced trolling.

Recent research, per the Independent, revealed that a quarter of British adults have experienced some form of cyberbullying. A 2016 survey found the same number of teenagers had been affected, the Guardian reports.

The Little Mix star has dealt the long-lasting effects of online hatred. Earlier this year, she began dating Love Island's Chris Hughes. But even this relationship was affected. "When I got with Chris, if he got tagged in old pictures of me, I’d message the fans asking them to take it down," she told Lorraine. "I honestly hated that version of me so much because of the way I was made to feel." (On Sunday, Hughes called his girlfriend "the best motha f*cking role model on this planet.")

Nelson's aim is to end the story on a positive note. "I really wanted to make this because, as much as it was a horrible experience for me, I want to make something good come out of it," she told the BBC. "I’ve got this huge platform — why would I not use that to raise awareness of how social media is affecting people?”