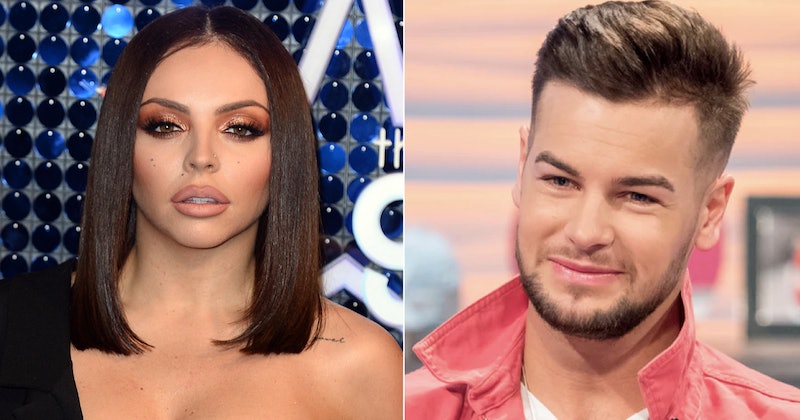 Love Island star Chris Hughes and Little Mix singer Jesy Nelson recently went public with their romance. The celebrity pair first met last year ago and rumours about their relationship have been flying ever since. Despite recent reports of a break up, they appear to be stronger than ever, and Chris Hughes' latest comments about Jesy Nelson are quite frankly adorable. The reality TV star opened up about where things stand with the Little Mix star during an ITV interview at the Cheltenham Festival and it's safe to say Hughes is feeling the love.

According to The Sun, the 26 year-old said "She leaves me speechless. It's great, she's a lovely girl, and I'm going to bring her to a race one day. She's never been to a race before, I said I'll bring her back next festival, she's rehearsing this week, very busy schedule these girls. She's great."

Earlier this month, Hughes confirmed rumours surrounding their romance during an appearance on Kiss FM. A source told the publication at the time, The Sun "Chris is really taken by Jesy — they can’t get enough of each other which is why they’ve been so open with their fans about being together," and added "There was no hesitation from Chris to say during his interview with Kiss that it's the real deal between them and he hopes to be with Jesy for a long time."

News that the reality star and the "Woman Like Me" singer were an item first broke earlier this year after the pair went on a date reportedly to the Harry Potter-themed bar, The Cauldron. As reported by the Daily Mail, the young couple shared their romantic evening on Snapchat — and sent speculation into overdrive. However, there were concerns that things were over before they'd even begun, after reports that Nelson had put the relationship on hold. A source told Heatworld at the time, "Chris has been upset by the break-up. For now she’s going to enjoy being single until the right man comes along for her to spend her time with."

However, shortly after the rumoured split, the Love Island and X Factor stars confirmed the were together. It's not completely clear whether they had split or whether they it was just speculation.

As reported by the Evening Standard, Hughes and Nelson made things Instagram official while waiting to catch a flight from Dublin airport after a weekend getaway. The publication also reports that Nelson later shared some clips of her and Hughes messing about as they waited for their plane to take off. They were then spotted kissing after landing at City airport.

Hughes rose to fame after appearing on the 2017 series of Love Island, where he met now ex-girlfriend, Olivia Attwood. The Love Island runner-ups ended their relationship on camera during their very own reality show, Chris & Olivia: Crackin’ On. Prior to her relationship with Hughes, Nelson dated musician Harry James, The Only Way Is Essex star Chris Clark, and was engaged to Rixton frontman Jake Roche.