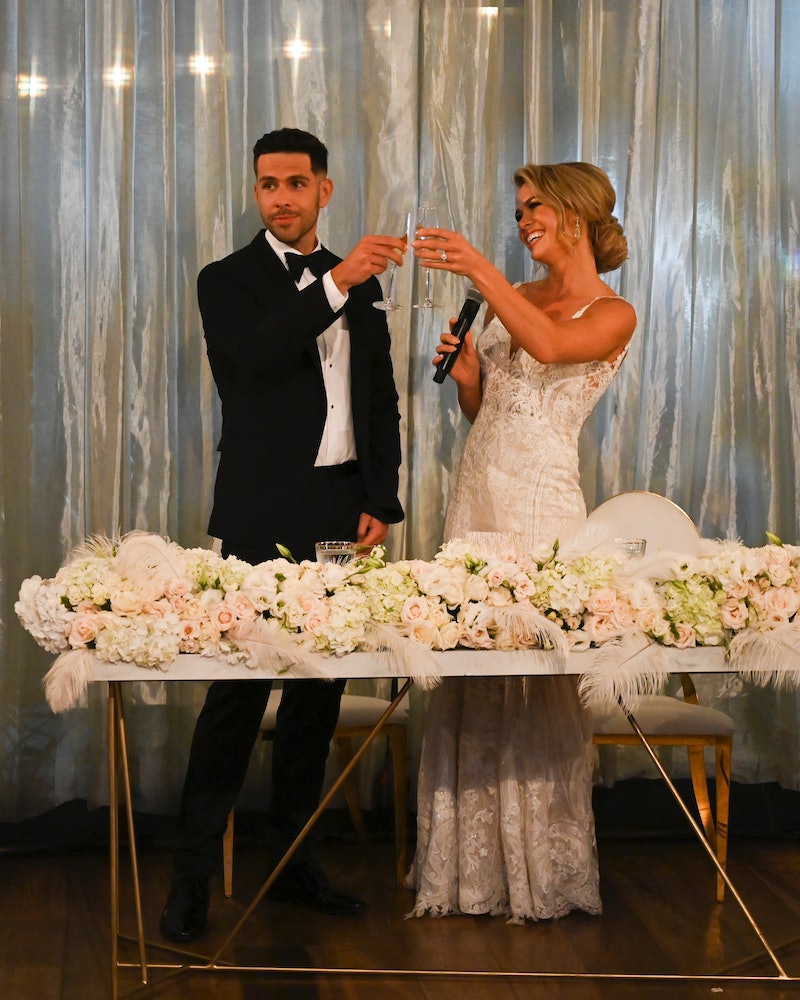 John Paul Jones may have served as the comic relief for the first half of Season 6 on Bachelor in Paradise, but Tuesday's episode showed the usually laidback contestant is a completely different light after he created a very noticeably disruption during Chris Radone and Krystal Nielson's wedding by verbally attacking Derek in front of the newlyweds' family and friends. In fact, it caused such a disturbance that Chris wants JPJ to apologize to Krystal for casting such a "dark cloud" on their very special day.

“We had heard through our family and friends that there was like a dark cloud that was going over … and that dark cloud was John Paul Jones,” Krystal told Access Hollywood in a recent joint interview with her now-husband, Chris. “He confronts Derek very aggressively. It caused a huge ripple at the wedding and you could just feel that energy.” So to say that the couple are not JPJ stans would be an understatement. “I am definitely not a fan of him,” Chris admitted in the same interview. “It was just a complete lack of awareness … with friends and family there and it being (Krystal’s) day … to take away from that is completely selfish. The way he attacks Derek is also completely unacceptable.”

Chris added: “It’s very distasteful knowing that our special moment … and to see our friends and family, especially when it happened right in front of my mom. He owes my wife an apology.”

Indeed the incident felt very out of character for John Paul Jones, who (prior to this) seemed like the last one who would cause any drama during such a joyous occasion. His easy-going demeanor and overall chill vibe have proven to be a much-needed source of comic relief throughout the season, so it was odd to witness him cause such a commotion shortly after the ceremony.

Chris went on to tweet about JPJ's actions as the episode aired on Tuesday, admitting that it proved to be the worst part of his wedding day and felt mortified that his mom had to bear witness to such an unnecessary meltdown.

As for the fight itself, it remains a little unclear how much truth (if any) there is to the accusations JPJ made against Derek — mostly because Derek wasn't given the opportunity to defend himself because JPJ repeatedly cut him off before he could. According to JPJ, Derek isn't in Paradise for love, he's in it for the fame and drama that can help him hook up with more women and make his podcast more popular. (Though given the number of times JPJ plugged Derek's podcast, it's safe to say he was doing that job all by himself.)

Hopefully next week fans will be given some clarity on the matter and hear Derek's side of the story. But in the meantime, John Paul Jones might want to think about reaching out privately to Chris and Krystal about what happened in order to make amends and return to being the care-free, fun guy we've come to know and love.