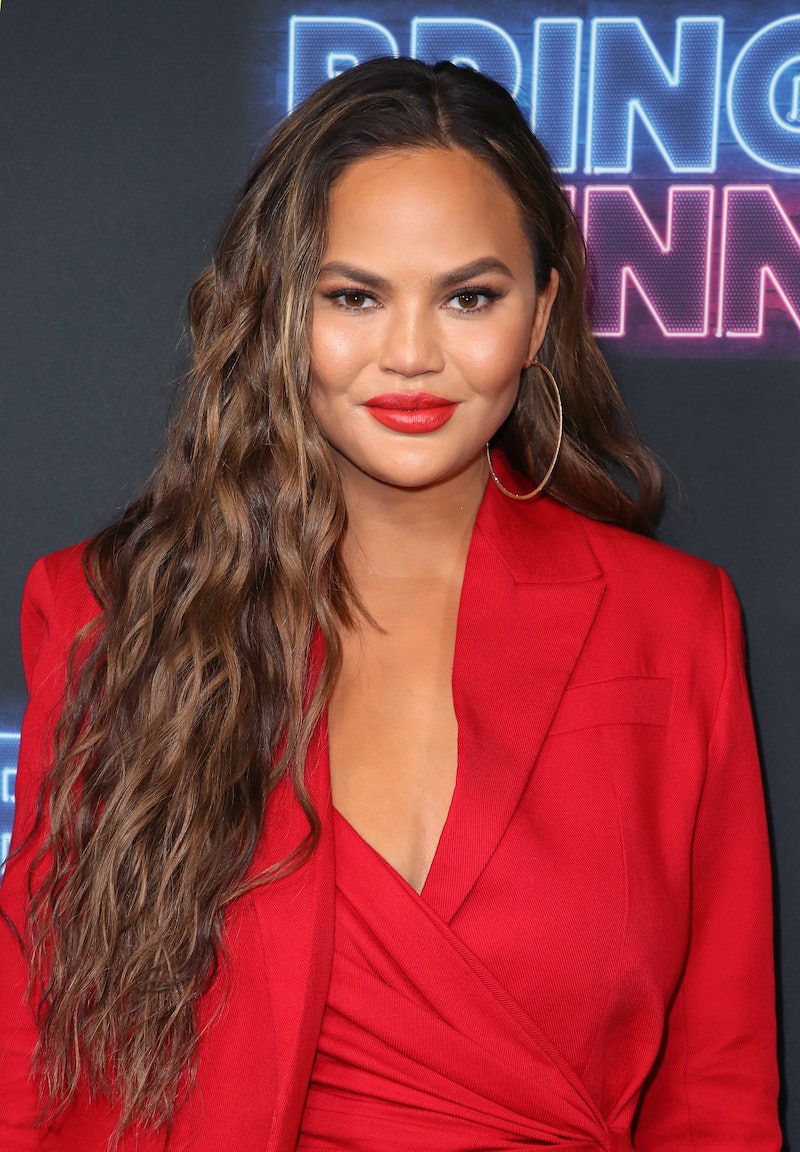 One can always count on Chrissy Teigen to bring the laughs. But her followers got a little more than they bargained for on Monday, July 8, when Teigen accidentally shared her new show's premiere to Twitter. What was originally meant to be a clip of the model's upcoming NBC show, Bring the Funny, which actually premieres on Tuesday, July 9, she uploaded the entire first episode.

About an hour after the first tweet, which read, "GUYSSSSSS! so excited to share a clip of my new show BRING THE FUNNY!! Premieres TOMORROW, 10PM after AGT on @NBC!!!!, several fans pointed out the gaffe. The video, marked "FOR REVIEW ONLY," was taken down. Soon, Teigen, a judge on the comedy competition show, responded in her true, hilarious fashion.

"Well it looks like I have been fired for posting the whole thing thank u all for your kind texts and DMs please send job opportunities to same number," Teigen jokingly tweeted. She also managed to plug her new project in a super self-deprecating way with her follow-up tweet, writing, "Anyhow if you didn’t watch 30 minutes of it online watch it TOMORROW AT 10PM on @nbc!!!! I am really proud of it and the new friendships and love affairs I made!!!"

Comedian Whitney Cummings replied to the host's original sharing mistake, "Girl this is the whole episode!," while Teigen accurately wrote back, "Why would they SEND IT is my question!!!!!"

Fellow Bring the Funny judge Kenan Thompson posted a promotional photo to his Twitter in anticipation of the premiere. Teigen retweeted his post and added, "well well well look who's trying to be TEACHER'S PET doing it right and sh*t." Thompson and Teigen share judging duties with Jeff Foxworthy on the new show, along with host Amanda Seales, all of whom we might add managed to not leak the entire first episode.

Of course, this isn't the first time Teigen dabbled in the spoiling game. In late May, fans pounced on Teigen when she retweeted who won the season finale of The Voice. In her excitement over husband John Legend winning with his first-ever season as a coach, she retweeted news of Maelyn Jarmon's victory before all coasts had seen the show live. To the Lip Sync Battle host's credit, The Voice's official Twitter announced the news first. But Teigen's massive following ensured she received a lot of the criticism. Teigen tweeted in response to The Voice backlash:

"truly sorry for spoiling the voice tonight. I thought that since the official account tweeted it, it would be okay. But now I realize it wasn't and will make sure that when my husband wins something with someone, I will wait for each state and every country before being excited."

She followed her first post with a joke on-par with her latest accidental posting. Teigen comically let the Internet know, "well it looks like we are now being penalized for my spoiler and the award has been taken away and given to Carson Daly. Again I apologize."

You win some and you lose some, Teigen. But if anything, the world knows the Internet's favorite spoiler is doomed to strike again.

More like this
Yinka Bokinni Recalls Terrifying Truth At Heart Of 'How To Hire A Hitman'
By Frances Stewart
Julie Andrews Revealed A Surprising Behind-The-Scenes 'Bridgerton' Detail
By Grace Wehniainen
Who Is 'Umbrella Academy' Star Elliot Page Dating After His Divorce?
By Jake Viswanath
Kate Bush Reacts To “Mad” Revival Following 'Stranger Things' Cameo
By Sam Ramsden
Get Even More From Bustle — Sign Up For The Newsletter