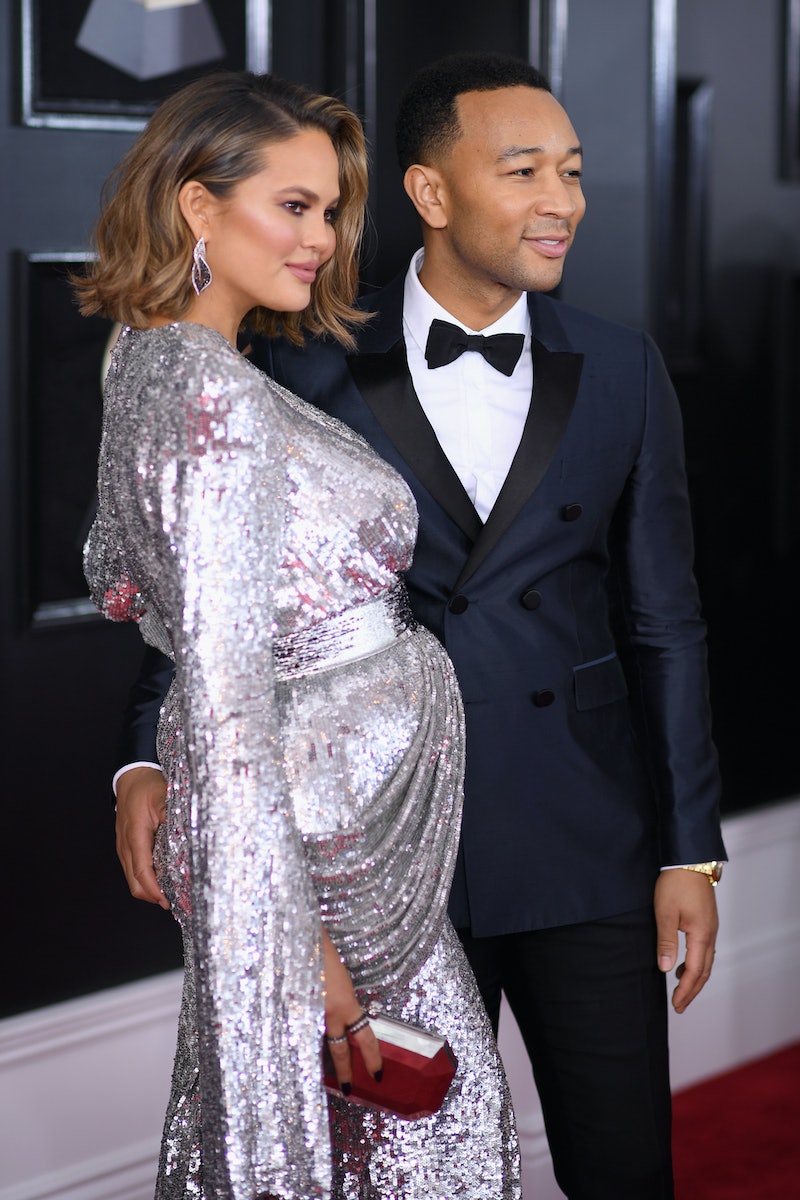 You can expect that at any big award show, there will be somebody wearing something outrageous. However, even though she won't be attending this year's show — and is likely watching with the rest of us from home — Chrissy Teigen wore a towel for the Grammys, which is very relatable Sunday night attire.

"Just did a not-going-to-the-grammys makeup tutorial on my stories, if you are so bored you wanna die," she wrote on Twitter as the red carpet was underway.

But despite the mother-of-two sitting out music's biggest night, some Twitter users were very curious to know, who wrapped Teigen's towel? Thankfully, the cookbook author revealed to her followers that her stay-at-home look was courtesy of a popular home goods store.

"Thank u so much for asking it’s from bed bath and beyond but the tag fell off," she tweeted.

In very coordinating fashion, Chrissy Teigen opted to wear her hair in a wet bob, insinuating that she may have just stepped out of the shower. And while the star may not be walking any red carpets tonight, the wet hair look has been a trend rocked by a multitude of other celebs such as Kim Kardashian and Ashley Graham (minus the towel). Needless to say, fans likely would have been here for her look had she actually worn it on the red carpet.

But the fact that she wasn't at this year's show came as no surprise. Earlier in the week, Teigen had announced that she wouldn’t be attending the 2019 Grammy awards, since her husband, musician John Legend, didn't receive any nominations — while, of course, poking fun of her man.

"No Grammys for us today," she tweeted. "John got an EGOT and egot lazy"

The model momma even reached out to invite Alexandria Ocasio Cortez to her place to watch the musical festivities unfold.

"Hello my hero, do you wanna come over and watch the grammys with us? there will be pizza," Teigen tweeted on Feb. 8. To which the young politician replied, "Yes! we can live-tweet me burning something in the kitchen."

Last year, the model had attended the Grammys with Legend who was nominated for the music in his leading role in Jesus Christ Superstar. Right after the show, she announced that she was expecting a baby boy, creating her own show-stopping moment without having touched a single mic.

Although the model stayed home in comforting towels and linens this year, Teigen is no stranger to rocking barley there looks on the red carpet. At the 2016 American Music Awards the quirky model turned heads when she graced the red carpet in an unprecedented high-slit “safety pin” gown, which bared a little more than just her legs, leading Teigen to experience a wardrobe hiccup.

Most of us normal people, who wait all year to unwind with a glass of wine and popcorn to watch music's biggest night, probably can't fathom how Teigen could possibly choose to stay at home for such a spectacular occasion. However, Teigen says loudly and proudly that she does what she wants when she wants, and it's a note to take out of her style book, period!