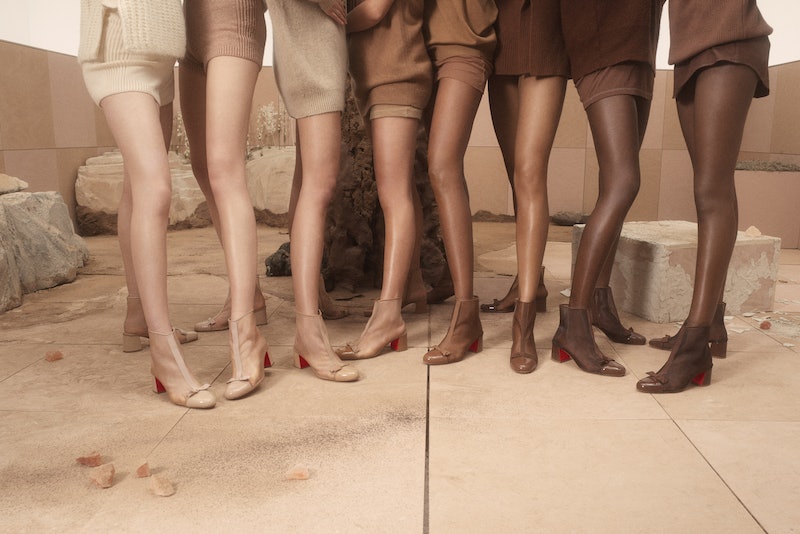 Any Black or brown beauty lover can tell you that nude shades are not created equally. For decades, “nude” was really just a catch-all for varying shades of beige. Fortunately, in recent years, the industry has become more inclusive as women of color demand more diversity from companies, with many taking it a step further and launching their own beauty brands. But that notorious lack of variety isn’t just limited to foundation shades — it can also be found in other areas, like lingerie and footwear. Christian Louboutin is working to change that with the Christian Louboutin Nudes collection. Launched in 2013 with five shades, the collection recently expanded from seven to eight shades.

“Since its conception in 2013, the Nudes collection has embodied the ever-present idea of diversity in Christian Louboutin’s designs,” the brand said. “The collection, which originally launched with five shades, has steadily evolved to become an ode to inclusivity, a core part of Louboutin’s values. By imagining a shoe that is truly flesh-colored for all skin tones, the designer was one of the first to create a range of nude styles that become a seamless extension of the leg.”

In addition to the new eight-shade women’s shoe collection, the range has grown to include handbags, and now, for the first time ever, a selection of men’s Nude styles. This year’s iteration of the collection includes two unisex models: Pool Stud, a leather pool slide, and Louis Junior, a satin sneaker. The Nudes collection is currently available online, and in mid-July, it will also land exclusively at a new boutique in rue Saint-Honoré in Paris.

Back in February, the iconic shoe designer hosted the ultimate footwear fête in Paris, where he unveiled L’Exhibition[iste], the largest-ever exhibition dedicated to his legendary work. Janelle Monáe, Karlie Kloss, Diane von Furstenberg, and a host of other celebs attended the exhibit opening, which took place at the Palais de la Porte Dorée museum.