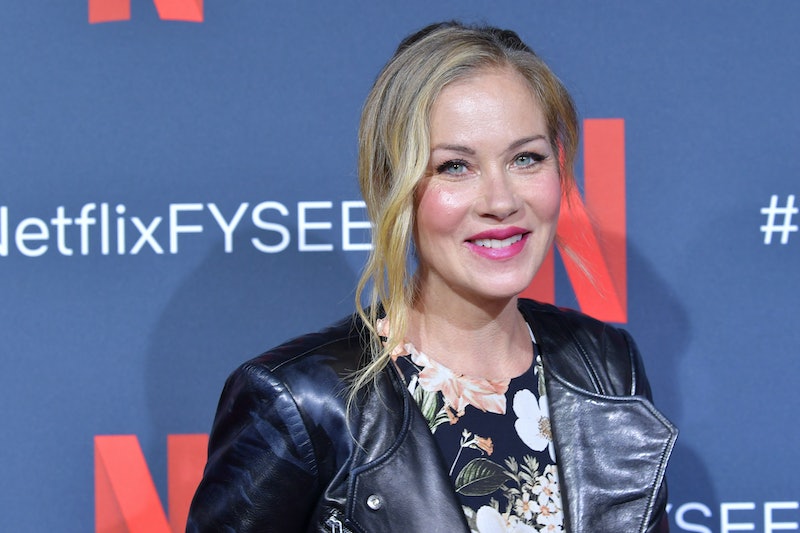 She may star in a show entitled Dead to Me, but Christina Applegate's shot at Emmy gold for her performance is alive and well. Applegate responded to her Emmys nomination with her typical level of wit and self-deprecation. After waking to news of her nod in the Lead Actress in a Comedy Series category, the actor expressed shock to People:

"It hasn't really sunken in. My daughter and I are still in our pajamas so that's kind of the morning we are having. I wasn't paying attention and my phone was off but I just happened to look over and our executive producer was calling me. I was like, 'Why is she calling me at 8:40AM?' And then I was like, 'Ohhh!' I did not expect that at all. I didn’t even think that I was remotely close to having this day so it's shocking. I mean, look at who I am standing there with!"

Previously, Applegate won Outstanding Guest Actress in a Comedy Series in 2003 for playing sister Amy to Jennifer Aniston's Rachel Green on Friends. The star also garnered prior nominations for her work on the ABC comedy Samantha Who?. Plus, she got her start on the classic sitcom Married...with Children, so she's basically TV comedy royalty.

But even Applegate said she had no way of anticipating the positive response to work alongside Linda Cardellini in their latest "tragi-comedy." "I was like, 'There is no way,'" Applegate recalled. "Yes, people have been really, really complimentary of the show and that's felt really nice because it doesn't always happen like that, but still I was like, 'How'd I squeeze in there?'"

For anyone who has dived into a binge of Dead to Me, which tells the tale of the unlikely friendship between cynical Jen (Applegate) and quirky Judy (Cardellini) as they navigate their respective recent losses, knows that Applegate didn't merely "squeeze" into this stacked category.

So, naturally, People asked Applegate about where a potential second Emmy statue would go in her home. "I have an office/guest room upstairs that is never used and all my stuff is up there on one big shelf so it would probably go sit next to the other things from my life," she revealed. "My other Emmy is right next to my award I got in middle school for best choreographer for dance production. I actually have three of those. I'm sure the Emmy costs a lot more to make because the ones from middle school are literally from a 99-cent store but I'm very proud of those."

So, as much as Applegate can downplay her latest Emmy nomination, her fans know that nothing can stop this comedic force from taking over the upcoming awards show.

More like this
Kaley Cuoco & Tom Pelphrey Just Made Their First Public Appearance As A Couple
By Hugh McIntyre
Pete Davidson & Kate McKinnon Are Part Of A Reported Major SNL Cast Shakeup
By Brad Witter
Yes, Billboard Queen Angelyne Really Ran For Governor Of California
By Brad Witter
Penn Badgley & Leighton Meester Met On A Horror Movie Set Before 'Gossip Girl'
By Jake Viswanath
Get Even More From Bustle — Sign Up For The Newsletter