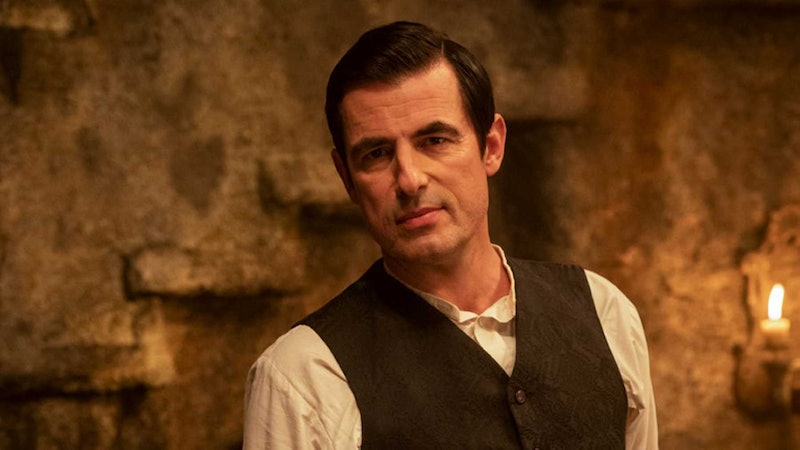 This festive season has been filled with amazing adaptations of stories we know and love. If you loved Steven Knight’s darker adaptation of A Christmas Carol in the run up to Dec. 25, then you’re in luck. The BBC and Netflix are bringing another spooky adaptation to air and it's just the thing for fans of the mysterious and deadly. Dracula will air on New Year's Day and Claes Bang, the actor who plays Dracula has a pretty impressive acting CV. The award winning Danish actor is ready to breathe new life into the king of the undead.

According to the Guardian, Bang's career has mostly taken place on stage and screen in Germany and Denmark. He trained at Denmark’s National Theatre School and is fluent in five languages, sings, song writes, and plays piano. So, to say he’s got a lot of strings to his bow is an understatement.

Though his career started back to 1996, he caught Hollywood’s attention in 2017 after he won the Palme D’Or at the Cannes Film Festival for his lead part as an art curator in the satirical drama, The Square. Soon after #BangforBond took Twitter by storm as the people called to see Bang in the role of 007. In 2018, he landed the role of the super spooky villain in The Girl In The Spider's Web acting opposite the sensational Claire Foy as Lisbeth Salander. In the same year he appeared in The Glass Room and The Bay Of Silence. Speaking in an interview with Screen Daily after his win at the Cannes Film Festival Bang said, “my dream is that this can open a lot of doors for me, I hope it will.”

And that’s a massive understatement. Alongside starring in numerous international critically acclaimed films he appeared on series five of HBO’s The Affair in 2019. However, the hype around the BBC and Netflix series Dracula has been something else. Though not normally considered a particularly sexy character, reviews have argued that Bang brings a certain edge to the role. He said in a Guardian interview, “He’s [Dracula] insatiable, not only for blood, but for that kind of, ‘Grrr, I just want to get at everything! Woah! What’s this, a nunnery? Cool!’ He’s very easily engaged. And I find that quite sympathetic. I don’t think he feeds off people only to kill them. He’s got broad tastes. I like that about him. He’s not in any way prejudiced. Race, age, sexuality, anything goes.”

The series is executive produced and written by Steven Moffat and Mark Gatiss and comprises of three 90-minute episodes. In a statement about their creation in a statement, Moffat and Gatiss said: “there have always been stories about great evil. What’s special about Dracula, is that Bram Stoker gave evil its own hero.”

And if you think you’re excited about Dracula then you’re not nearly as excited as Bang himself. In a statement he said: “I’m thrilled to be taking on the role of Dracula, especially when the script is in the hands of the incredible talents of Steven Moffat, Mark Gatiss, and the team responsible for Sherlock. I'm so excited that I get to dig in to this iconic and super-interesting character. Yes he's evil, but there's also so much more to him, he’s charismatic, intelligent, witty and sexy. I realise that there's a lot to live up to with all the amazing people that have played him over the years, but I feel so privileged to be taking on this incredible character.”

If there’s one thing to look forward to on New Year's Day it’s the start of Dracula. The first 90 minute episode will air on BBC One at 9 p.m. on Jan. 1 and will run until Jan. 3.