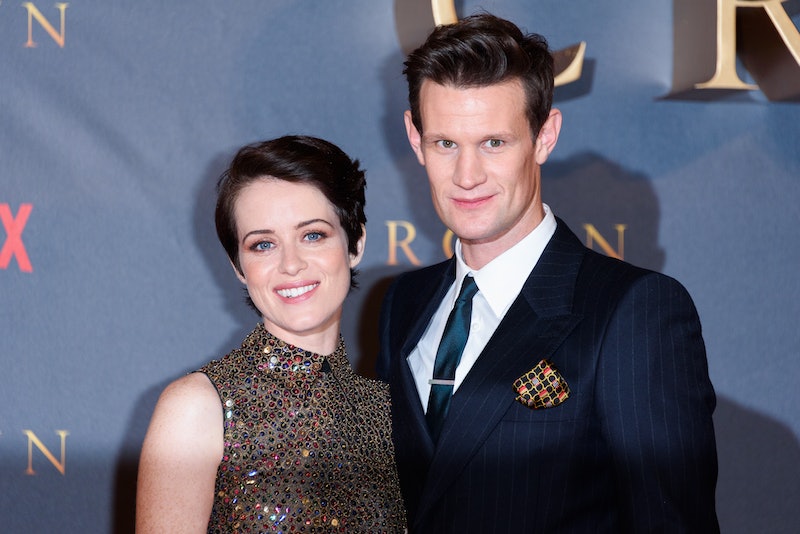 The ongoing coronavirus pandemic continues to disrupt many of our largest industries, entertainment included. However, two of the UK's finest acting talents look set to keep the art of theatre alive, because Claire Foy and Matt Smith will perform live during lockdown, to an empty theatre, next month.

As the BBC reports, the pair, who previously co-starred in Netflix's The Crow, will perform a socially-distanced version of Lungs at the Old Vic— which first debuted at the famous London venue back in 2019.

The scheduled performances will be live-streamed from The Old Vic theatre in July, and viewers can expect to pay between £10 - £65 to watch from home. Similar to the venue's physical capacity, each show will be available to 1,000 viewers at one time, and virtual ticket-holders will select their preferred seats and ticket prices.

The string of online performances will launch the new Old Vic: In Camera series — which will feature a line-up of big acting names and various live-streamed rehearsed play readings.

The news comes after the theatre revealed their "seriously perilous" financial standing, brought on by the nationwide lockdown that went into effect in mid-March. Unfortunately, the venue is not eligible for Arts Council England's £160m emergency relief fund, and it is hoped the revival of Duncan Macmillan’s play will assist in ensuring The Old Vic's future.

As the Guardian reports, The Old Vic receives no government funding, and heavily relies on ticket sales, donations, and sponsorships. The 202-year-old theatre does have some reserve funds. However, the venue's artistic director, Matthew Warchus, revealed that it's only "a small number of months" before those funds run dry.

Discussing the upcoming live-streamed production, Warchus further discussed how Lungs should "resonate" well with audiences during this turbulent era: "Lungs, which we were always hoping to revive in London and also in New York, is a dazzlingly funny and deeply moving play about the struggles of sharing, building and making a life in the context of a seemingly doomed world," he explained. "I’ve no doubt it will resonate in many new ways right now."

Tickets are not yet available, but you can sign up to The Old Vic's official newsletter for updates.

More like this
You’ve Got 'Love Island’s Farmer Will All Wrong
By Jack Orenstein
This Is When Netflix Is Going To Start Charging You For Sharing Passwords
By Darshita Goyal
The SATC Stylist Revealed The Best (& Worst) Character To Dress
By Darshita Goyal
Prince Harry & Meghan Markle Are Puppets Now
By Sam Ramsden
Get The Very Best Of Bustle/UK
Sign up for Bustle UK's twice-weekly newsletter, featuring the latest must-watch TV, moving personal stories, and expert advice on the hottest viral buys.