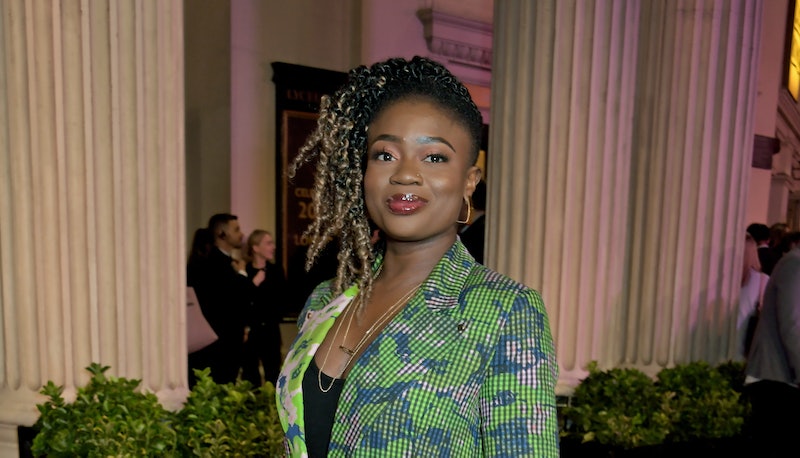 Over the last few weeks many journalists, broadcasters, actors, and entertainers have used their platforms to support the Black Lives Matter movement. From sharing experiences of racial discrimination to highlighting collectives and campaigners that are making a serious impact, it has moved the conversation forward in new ways. Clara Amfo was one of the famous faces to speak up, with her Radio 1 speech about this topic going viral within a matter of hours. And now, in an interview with Grazia, Clara Amfo has revealed how she felt after talking about Black Lives Matter publicly on her radio show, saying the emotions she experienced were something similar to relief.

In the weeks following the death of George Floyd, Black Lives Matter demonstrations and protests sprung up around the globe. On June 2, Amfo decided to open up and use her platform to share with listeners her thoughts and feelings about what was happening.

If you didn’t hear the powerful speech on air then it’s likely you caught it on social media. The day before, Amfo hadn’t been in the studio and, on June 2, she explained why. The presenter said that she hadn’t been in a good place since George Floyd’s death: "I didn’t have the mental strength to face you guys yesterday. To ask, 'Hi, how was your weekend?' like I usually do with my happy intention because I know my weekend was terrible."

Amfo went on to detail the pain, anguish, and frustration she was feeling, at times becoming audibly emotional. The speech was retweeted by more than 12,000 people from BBC Radio 1's Twitter page, and shared countless times elsewhere online.

In her June 16 interview with Grazia, Amfo spoke about making this speech. "Last Tuesday, it was quite emotional for me," she told Grazia's Fashion Director Kenya Hunt. She described it as "coming out as a Black woman to [her] listeners." Amfo explained that, while her listeners have always been given "signifiers" of her Blackness, "they weren’t aware of [her] Blackness in the pain and trauma."

It’s so easy to connect with her when you’re listening to her because she’s so personal. “They know I’m a Black woman. I’ve never hidden that. I’ll speak about my mum or mention that I need to get my braids done. Or that I was in Ghana for Christmas,” she said, “They’ve always been given signifiers of my Blackness in the most joyous parts. But they weren’t aware of my Blackness in the pain and trauma.”

She went on to tell Hunt:

"I think, for me, the moment was like breathing out. It’s like when you’ve had on a super-tight pair of jeans all day. And then after I said what I said, I felt like I had undone my top button. The summation of absorbing Black pain through media, seeing what happened to Breonna Taylor, Sandra Bland, Ahmaud Arbery, Stephen Lawrence, the various cases in the UK. Black people. I love us. To see the mistreatment and disregard for Black life is painful. But don’t feel sorry for me. I love my Blackness."

Despite finding this time difficult, Amfo told Hunt that she feels a sense of hope: "I think we’re going to see real change." And speaking about why she will continue to bring light to these issues, she said: "My forever mood is that I want to show up for the child version of me. The young Black girls who are where I was. You literally can’t be what you can’t see."

You can read Amfo’s full interview on the Grazia website.