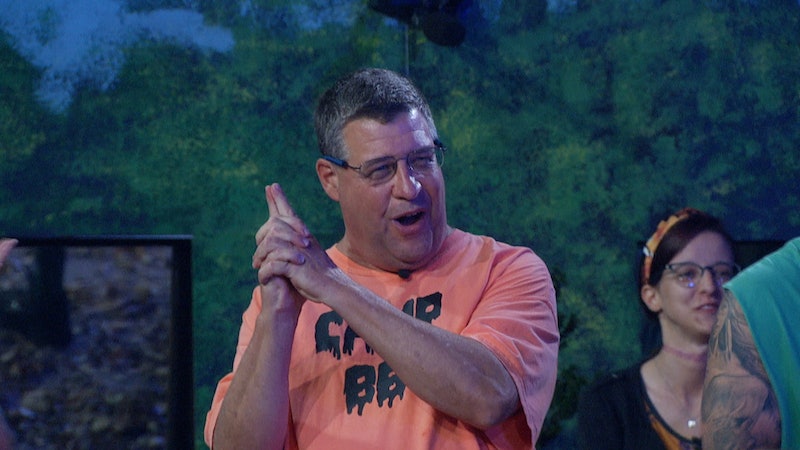 Cliff handily won the Comeback Comp. The objective was to roll balls down a board and stack them in a tube. No one even came close to beating Cliff. That means Kemi, Ovi, and David are permanently evicted from the game. They all wanted a chance to come back and make real waves in the game. Kemi wanted to target Jack, David wanted to target Michie, and Ovi seemed like he was leaning towards breaking up that power alliance as well. However, they won't get that chance now.

Because Cliff wasn't in Camp Comeback long enough to discuss his comeback strategy, it's not super clear what his goal in the game moving forward may be. Initially it was to break up the "couples," but his plan may change now after the way his eviction vote went down. All week long, Cliff believed that he was safe and that Nicole was going home. Head of Household Nick flat out promised Cliff that he was safe. But the Six Shooters alliance decided to blindside Nick and vote to evict Cliff instead of Nicole. The six drew a line in the sand, and basically revealed that they perceive Cliff to be a threat.

Now that Cliff is back in the game, he may want to target to the members of the house who voted to evict him. Some of those "couples" he was worried about do make up those six, so it's essentially the same plan — just with a possible different motive. And he may no longer want to include Bella and Nick on his target list since they seemed more on his side all week. Of course, how things go from here all depends on who is crowned HoH this week. If it's a member of the six, Cliff may cozy up to them to stay safe. If someone like Bella wins, Cliff may stick to that side of the house. If Nicole wins, he may rekindle his alliance with her. And, if Cliff wins HoH, fans will quickly find out where his loyalties lie.

Cliff has played a pretty smart game thus far — if you ignore that time he spilled his whole strategy to the live feeds and Christie overheard him. He's mostly been laying low, so Cliff may not want to exact revenge immediately on the six votes against him. He may understand that it was a game move, and it worked out in the end for him anyway. He's still in the game and he never even had to sleep in the Camp Comeback cabin. However he feels, though, expect the six who voted him out to be worried about having him back in the game. Their attempt to get him out didn't work and it blew up their alliance. That's why you always have to expect the unexpected on this show. You just never know how things are going to shake out in the end.

More like this
Erika Jayne's Estranged Husband Tom Girardi Has Been Indicted On Fraud Charges
By Jake Viswanath
'RHOSLC’s Heather & Whitney Are Still On A “Friendship Break” After Season 3 Reunion
By Jake Viswanath
Everything To Know About A Potential 'RHODubai' Season 2
By Kadin Burnett and Brad Witter
Airris From 'MAFS' Says He Doesn’t Regret Going To Decision Day With Jasmine
By Brad Witter
Get Even More From Bustle — Sign Up For The Newsletter
From hair trends to relationship advice, our daily newsletter has everything you need to sound like a person who’s on TikTok, even if you aren’t.