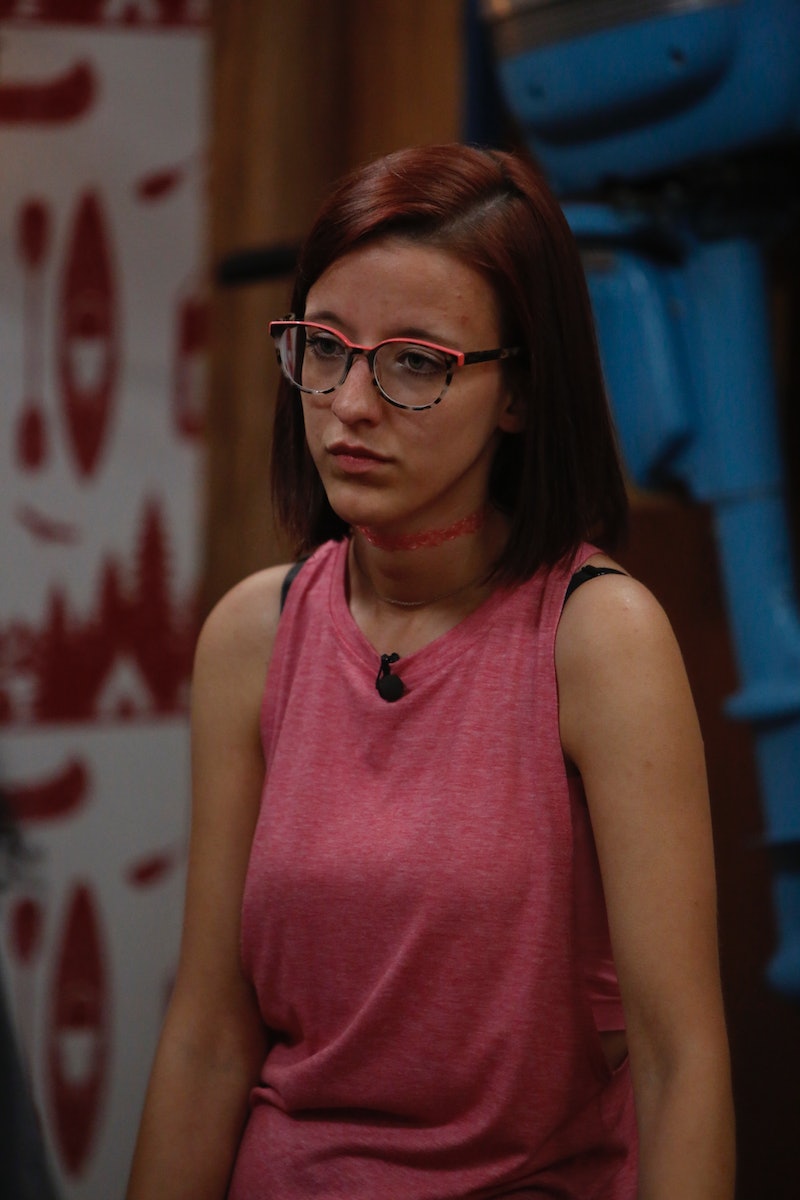 There have already been a few evictions on Big Brother 21 without any blindsides, which, as a viewer, is incredibly frustrating to see. Blindsides make the game so much more fun to watch than the smooth, unanimous votes do. Fortunately for fans, it seems a blindside may be brewing that could save Nicole from eviction on Big Brother 21.

To many, it may seem like sort of a shock that Nicole went up on the block. Last week, she seemed to be on good terms with Bella and Nick, the latter of whom is this week's HoH. But then Nicole made the mistake of telling Nick and Bella that some of their Gr8ful alliance members wanted them out and called them bullies. Instead of believing Nicole, Nick and Bella believed the rest of Gr8ful, and Nick decided to backdoor Nicole. However, just because the HoH wants her out doesn't mean she'll be on her way to Camp Comeback.

The rest of Gr8ful, knowing that Nicole had actually been telling the truth to Nick and Bella, decided they'd rather have Nicole on their team. She was honest, while Nick and Bella were playing both sides of the house. (Mostly Bella.) So, all week on the live feeds, the other six members of Gr8ful have been plotting an eviction night blindside. It's even going to be news to Nicole, because they haven't let her in on their plan yet.

Christie, Jack, Michie, Tommy, Analyse, and Holly are planning to actually vote Cliff out instead of Nicole in an attempt to get Nicole to come to their side and be a number for them. They also believe that she will take a shot at Nick and Bella now that they targeted her — which saves Gr8ful from having to get that blood on their hands.

There are a few ways this plan could still go wrong, though. For one, Christie often changes her mind based on almost nothing, and she could decide last minute that actually, they should save Cliff. Or someone else could change their mind, too. The six members of Gr8ful need all six of them to vote out Cliff, otherwise it could be a tie vote. The HoH always breaks the tie, and Nick would likely send Nicole packing.

It also exposes Gr8ful's real game. They haven't told Sam, Jess, or Kat about the blindside, which means that the vote will likely be 6-4. It won't be hard for Bella and Nick to figure out which six flipped on them. It draws a line in the sand, and Gr8ful may not be ready for that.

Gr8ful has also considered telling Kat about the move in an attempt to bring her over to their team, too. However, Michie is concerned that Kat doesn't have a poker face and would blow up the secret, which could put their move in danger. If they do tell Kat and she leaks it to Nick and Bella (intentionally or unintentionally) that could complicate things for Gr8ful. If the word gets out, they may deny the plan and abandon it to pretend they're still on good terms with Nick and Bella.

Basically, until the votes are cast, anything could happen. But Nicole's chances are not as dead in the water as Nick and Bella believe them to be. Gr8ful just needs to get on the same page and follow through to keep her in the game for one more week. If all goes well, it should make for a very interesting week of feeds and episodes as Bella and Nick deal with the fallout. So, fingers crossed for the season's first blindside!

More like this
Nicole & Chris Hinted They’re Still Together After 'Married At First Sight'
By Brad Witter
Twitter Is Saying The Same Thing About 'Love Island'
By Sophie McEvoy
Zach Reveals The Chaotic 30 Minutes That Were Cut From ‘The Bachelor’ Premiere
By Grace Wehniainen
Kylie Jenner Clarified How To Pronounce Her Son's New Name
By Jake Viswanath
Get Even More From Bustle — Sign Up For The Newsletter
From hair trends to relationship advice, our daily newsletter has everything you need to sound like a person who’s on TikTok, even if you aren’t.