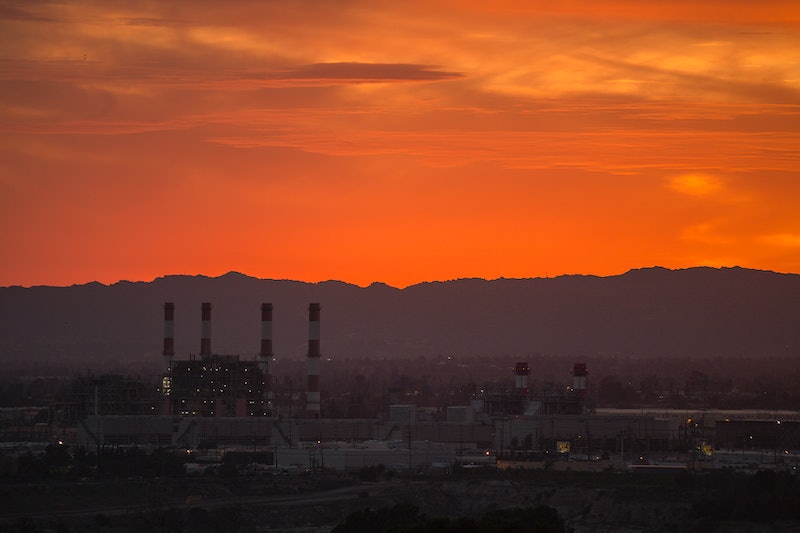 If you've been feeling increasingly restless lately, politics may not be entirely to blame. According to a new study published in the Science Advances journal, climate change has caused Americans to lose sleep — or, more specifically, an increase in overnight temperatures has correlated with an increase in sleepless nights, particularly among vulnerable populations. The new study creates a renewed sense of urgency to mitigate climate change.

Concern over climate change — and the slow-moving legislative progress to mitigate it — seems like more than enough to cause restlessness. But in reality, it may be the higher temperatures, especially in the summer, that are increasingly causing a lack of sleep among Americans. The study, led by Harvard fellow and Massachusetts Institute of Technology researcher Nick Obradovich, used data from 2002 to 2011 to compare survey respondents' self-reported sleep schedules with the overnight temperatures in their area.

According to The Washington Post, Obradovich and his team found that as the overnight temperature increased by 1 degree Celsius, Americans experienced three additional nights of restless sleep per 100 people per month. In total, Americans reportedly lost about 110 million nights of sufficient sleep each year as a result of the 1-degree temperature increase. These impacts were felt most among low-income and elderly Americans.

Obradovich was inspired to develop the study after he himself felt restless during a heat wave. He was a graduate student at the University of California at San Diego at the time. "For a number of nights in the heat wave, I was lying in bed with lots of time to think," he told the Post.

Now, Obradovich and his team think this restlessness may get worse. If the temperature increases continue, the study predicts that by 2099, Americans may experience an additional 14 nights of insufficient sleep per 100 people per month. Obradovich told the Post the study's predictions were only rough estimates. Still, the study's results and forecasts send an important message to the country in the face of the new presidential administration.

Last week, President Trump met with world leaders at the G7 summit in Italy. One of the issues on the table was climate change, including the Paris Climate Accord that the Trump administration has yet to give an answer on. The international community largely came together in support of the Paris agreement during the Obama administration, but since taking office, Trump has signaled some hesitancy to uphold it.

On Saturday, G7 leaders released a recap of their agreements, including a commitment to uphold and lead implementation of the Paris accord. Notably, Trump reportedly refused to agree on this matter. According to NPR, the document included a brief paragraph on climate change, which read, in part:

The United States of America is in the process of reviewing its policies on climate change and on the Paris Agreement and thus is not in a position to join the consensus on these topics.

Trump also tweeted on Saturday that he would make his "final decision" on the Paris agreement next week. As the president hesitates on climate change, the cost of that reluctancy seems to be growing clearer, thanks to new research like Obradovich's study. Sleep deprivation, like the restlessness caused by increasing temperatures, isn't just an inconvenience. Rather, it has been linked to on-the-job and on-the-road accidents, lower libido, and the risk of heart disease, stroke and diabetes. In other words, mitigating climate change could do more than clear the air.

More like this
How To Fight For Reproductive Rights, Based On How Much Time You Have
By Courtney Young
Boris Johnson’s Leadership Is In Question – Again
By Bustle UK
The Families Of Grenfell Tower Are Still Waiting For Justice, Five Years On
By Bustle UK
How 5 People Upended Their Lives To Fight For Abortion Rights
By Hannah Smothers
Get Even More From Bustle — Sign Up For The Newsletter