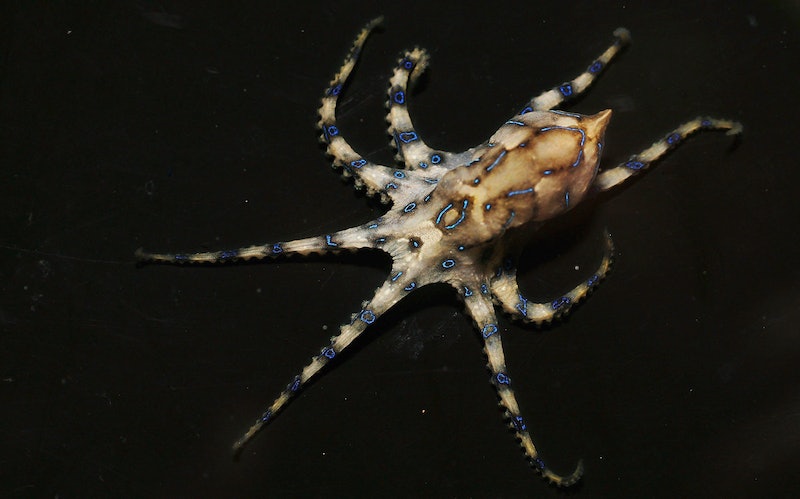 A recent study in The Journal of Experimental Biology sheds light on what the fate of certain sea creatures could look like if greenhouse gas emissions continue to climb. Live Science reported on the study Friday, noting that climate change's impact on the ocean could cause octopuses, along with some other marine invertebrates, to actually go blind.

Global warming affects how much oxygen oceans can hold and distribute deeper into the waters, according to studies. In 2018, researchers at the Helmholtz Center for Ocean Research Kiel in Germany showed that oxygen in the marine world was remarkably decreasing. In tropical oceans, for example, oxygen in the water had fallen by 40% over the past five decades, affecting biodiversity and nutrients, according to The Scientific American.

In The Journal of Experimental Biology study, researchers said that they witnessed a decrease in the retinal activity of an octopus, squid, and two crabs when these creatures were temporarily placed in controlled environments with low oxygen levels. And this isn't necessarily unique to ocean creatures. Humans, too, rely on healthy amounts of oxygen to make visual sense of their surroundings, The Washington Post reported in 2015.

In order to physically see the changes in their retinal activities, McCormick told Live Science that researchers attached small electrodes to the eyes of their underwater subjects. By gradually decreasing the amount of oxygen in the water, McCormick and her team were able to watch the creatures' vision react.

"By the time I reached the lowest oxygen levels, these animals were almost blinded," McCormick told the outlet. You might find relief in knowing that, eventually, all of the test subjects were able to regain their vision at varying degrees once the oxygen was reintroduced in the environment. Still, McCormick is worried. "I am concerned that climate change is going to make this issue worse," McCormick told Live Science, "and that visual impairment might happen more frequently in the sea."

It seems like McCormick's research is in line with other past reports. Researchers in a 2018 National Geographic study showed that the instability in the levels of oxygen due to global warming was forcing marine creatures to migrate to other places for survival. In some areas, global warming caused fish populations to flee their homes and cause overpopulation in other waters. That year, Denise Breitburg, a senior scientist at the Smithsonian Research Center, told National Geographic, "This is a global problem, and global warming is making it worse. It requires global solutions."

If left unaddressed, global warming could cause the "destruction" of ecosystems, Breitburg cautioned to National Geographic. "If we were creating vast areas on land that were uninhabitable by most animals, we'd notice," Breitburg said. "But we don't always see things like this when they are happening in the water."