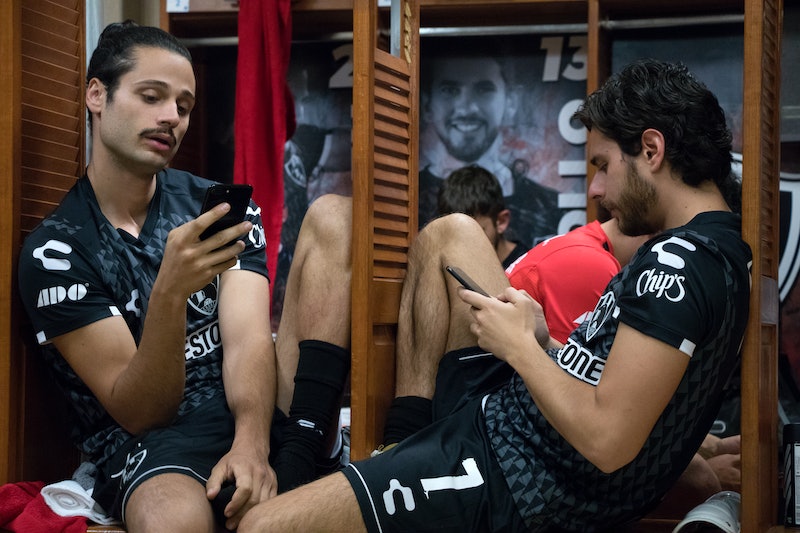 Unfortunately for fans of the Netflix's Spanish-language sports dramedy, Club de Cuervos will not return for Season 5. Luis Gerardo Mendez, one of the stars of the series, posted a video on Twitter back in October announcing the "last game" for Club de Cuervos,' presumably meaning that its fourth season, premiering January 25, would be its last. It's unclear if this is a cancellation due to poor viewership, or simply the natural end of the show's story, but it's certainly an end of an era.

According to Fast Company, the show was Netflix's "first foray into Spanish-language scripted television." Showrunner Jay Dyer told the site that the people behind the show wanted to mesh both American and Mexican methods of television. "[Creators Gaz] Alazraki and [Michael] Lam wanted to hire an American writer, and specifically a writer who had an American cable sensibility," said Dyer, who's also worked on shows like Californication and Andy Richter Controls The Universe. "Over the last 10 years in American TV, there’s been an explosion of great cable shows, but there’s been no real equivalent explosion in Mexico."

And to really nail the vibe they were trying to capture, the entire crew immersed themselves in the culture. "The first couple days, the five of us gathered and Gaz just talked about Mexico: the things he wanted to capture, the things that concerned him and excited him about his country," Dyer continued. "He put up photos, he told amazing, funny stories. A month later, the five of us went down and spent a week there to immerse ourselves. We met famous soccer players, coaches, rich kids, everyone across all strata."

That work paid off — the show seems to have been met with a positive reception among viewers. Club de Cuervos has an average audience score of 84 percent positive on Rotten Tomatoes, and fans on Twitter have been eager for the show's return.

Reviews in publications were similarly excited for the show, even right as it premiered for the first time. The Huffington Post's Xaque Gruber praised the first season, saying that "much like the Spanish cousin to Netflix’s current Emmy darling, Orange Is The New Black, Club De Cuervos oscillates brilliantly from laugh-out-loud comedy to poignant drama, while never dipping into Latin stereotypes or telenovela melodrama."

But it wasn't without its drawbacks — some critical reviews of the show's first three seasons went back and forth. Decider's Cody Schmitz wrote after Season 3 that longtime fans might be frustrated with main characters' Chava and Isabel's apparent lack of character development, and noted what he felt were "repetitive story lines and themes." But, he also wrote that new fans can still be sucked in: "If you have never seen Club de Cuervos before, you can totally start with season three and completely enjoy the series for what it is: a smart and fast-paced workplace dramedy that regularly tackles issues of class, gender, and political corruption."

When asked about a possible spinoff for Club de Cuervos one day, Dyer told TV Insider he would be into a prequel. "I’m all about prequels. Chava and Isabel as children," he said. "One father, two mothers, two children… I guess it would have to be a sitcom. Full Casa?" There's no reason to believe that's actually in the works, but hey, crazier things have happened. Fans will no doubt miss the show, but hopefully Season 4 of Club de Cuervos leaves them with a proper sendoff.