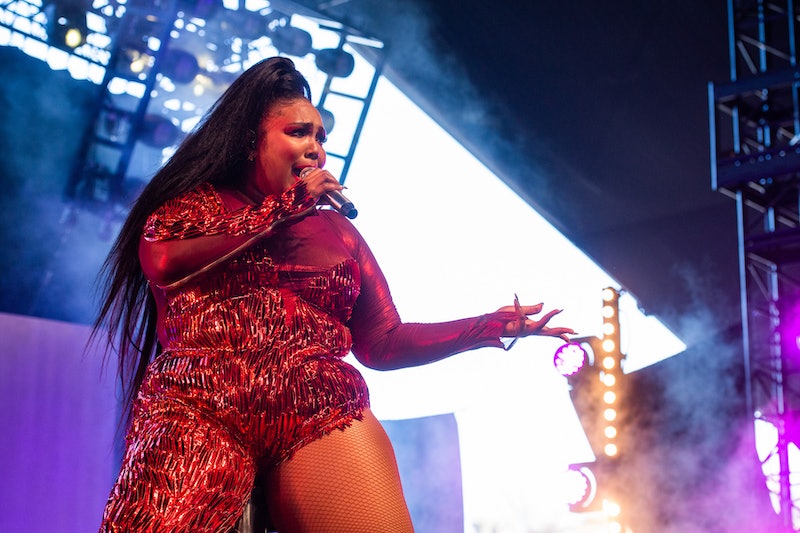 The recent amount of festival cancellations due to the coronavirus outbreak definitely doesn't bode well for the iconic desert music festival that is Coachella, but will Coachella 2020 be canceled? In a March 10 Tweet, the festival announced that while it's not being called off altogether, Coachella is being rescheduled for Oct. 9-11 and Oct. 16-18.

Coachella's screenshot of the announcement from its promoter Goldenvoice reveals the decision was made alongside the County of Riverside, where the festival takes place, and local health authorities. "While this decision comes at a time of universal uncertainty, we take the safety and health of our guests, staff and community very seriously," the statement reads. "We urge everyone to follow the guidelines and protocols put forth by public health officials."

The festival was originally scheduled to take place over the weekends of April 10 and April 17, and if you already bought a ticket, it will be honored for the new dates. If you aren't be able to attend in October, however, expect to receive notifications about how to get a refund by March 13.

Before the event was rescheduled, Coachella announced this year's headliners would be Frank Ocean, Travis Scott, and Rage Against the Machine, with confirmed performers also including Lana Del Rey, Calvin Harris, and Flume. However, it's unclear whether or not each of these performers will be able to make the new October dates work. Variety reported late on March 9 that Goldenvoice was in talks with artists' agents to confirm availability.

On March 9, the Los Angeles Times reported that three new cases of COVID-19 were confirmed in the Coachella Valley, bringing the total number of known cases in Riverside County to at least six. The first cases prompted the cancellation of the BNP Paribas Open tennis tournament, which takes place in Indian Wells, near Coachella's festival site in Indio.

And Coachella isn't the only festival being canceled due to coronavirus concerns. The Goldenvoice announcement also says that country music festival Stagecoach is being rescheduled for Oct. 23-25. The festival takes place at the same venue as Coachella, and is currently set to be headlined by Carrie Underwood, Thomas Rhett, and Eric Church. These postponements follow the cancellations of other festivals like South by Southwest in Austin and the Ultra Music Festival in Miami.

More like this
Beyoncé Might Be Plotting Secret Intimate Gigs In The UK
By El Hunt
Justin Bieber Says It’s “Getting Harder To Eat” After His Facial Paralysis Reveal
By Brad Witter
Taylor Swift's “Carolina” Theme For 'Where The Crawdads Sing' Soundtrack Is Here
By Jake Viswanath
What Is Elvis Presley’s Net Worth? How The King Earned & Spent His Fortune
By Grace Wehniainen
Get Even More From Bustle — Sign Up For The Newsletter