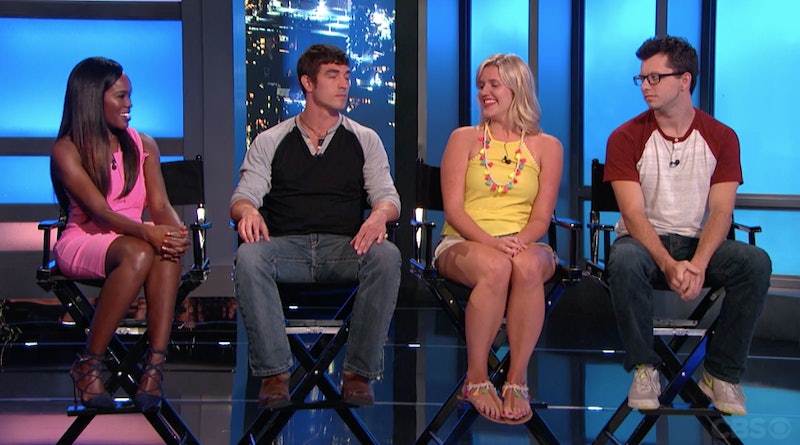 It's always sad to see a contestant get evicted on Big Brother, especially early in the game before everyone's really had a chance to play. But, for four of the contestants, getting evicted didn't necessarily mean going home. They had the chance to compete again for a shot at reentering the game. And, Cody won the Big Brother 19 Battle Back Showdown, so he's back in the house to wreak some havoc.

Before the special competition started, Julie Chen announced that this season the houseguests would have a chance to stop a player from returning. The winner of two Battle Back rounds would enter a showdown against a current houseguest. If the houseguest won, the evictee would remain evicted. But, if the evictee won, he or she could reenter the game. On Friday night, Cody won the first two competitions and was the last evictee standing. He then had to go up against Paul for one final round.

In the end, Cody was victorious, and he gets to rejoin his former houseguests. Considering how much he shook up the game last time he was in the competition, there's no knowing how this will play out. And, now that his showmance partner Jessica has the power of the Halting Hex, these two could go from totally down and out to totally on top. That's Big Brother for you though — always expect the unexpected.