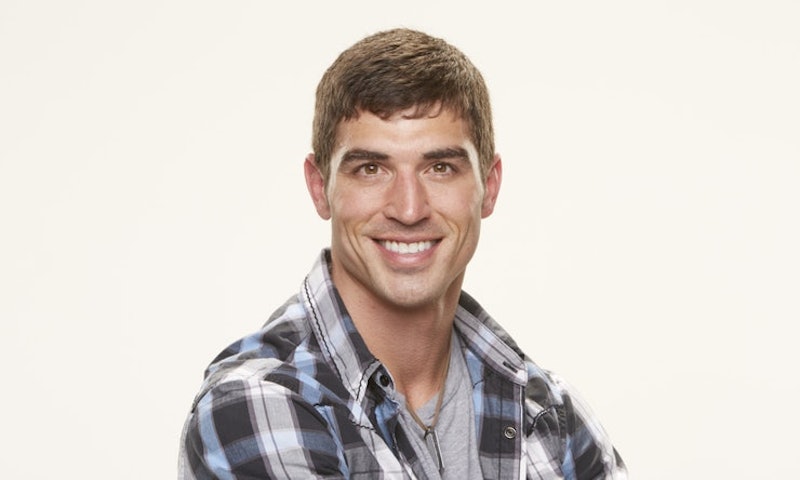 For some inexplicable reason, every Big Brother episode this season so far has had an excessive amount of scenes with Cody brushing his teeth. He is really doing the most to keep that mouth clean. And the viewers have noticed and turned what should be a normal, hygienic task into a social media trend. The house is still in its first couple of weeks, but there are already plenty of memes about Cody brushing his teeth on Big Brother 19, which will make you wonder if you're paying enough attention to your own.

At this point in the game, Cody can usually be found making out with Jessica, offending his alliance, or brushing his teeth while giving someone else a staredown, in pretty equal portions. If you felt like you were the only one noticing this, you're not. There are plenty of other fans who are oddly amused by the chronic tooth brushing and the stoic silence that goes along with it.

So far, Cody is a pretty polarizing character. And it's wild how everything he does invites criticism, but that's what happens when someone tries to make too many big moves too soon in the game. He's not making any friends in the house (other than Jessica) and he's not gaining many fans on social media either.

So now he's getting hate for practicing very thorough dental hygiene. Well maybe not all "hate" exactly, but there have been plenty of memes and jokes about his healthy habit. Weirdly enough, there are more questions than answers when it comes to Cody's teeth brushing.

1. Did He Brush His Teeth As His Audition?

That would be a unique Big Brother casting tape for sure.

2. When Is Someone Making This GIF?

How has this not happened yet? Where are the internet's creators on this?

4. Seriously Though — The Other Houseguests Do This Too, Right?

It's a normal thing to do, but becomes something weird and uncomfortable when the brusher is a houseguest some have made fun of for his slightly, um, robotic tendencies.

5. Would He Have Been In An Alliance With Johnny Mac Two Seasons Ago?

Maybe they would have bonded over their passion for clean and healthy chompers.

Cody doesn't seem cheery enough to adore any animated film, but there are some definite parallels here.

He's definitely not a talker.

You never know which everyday activities from the house are really going to strike a chord with Big Brother viewers, but the internet clearly has a lot of opinions about the divisive HOH Cody.