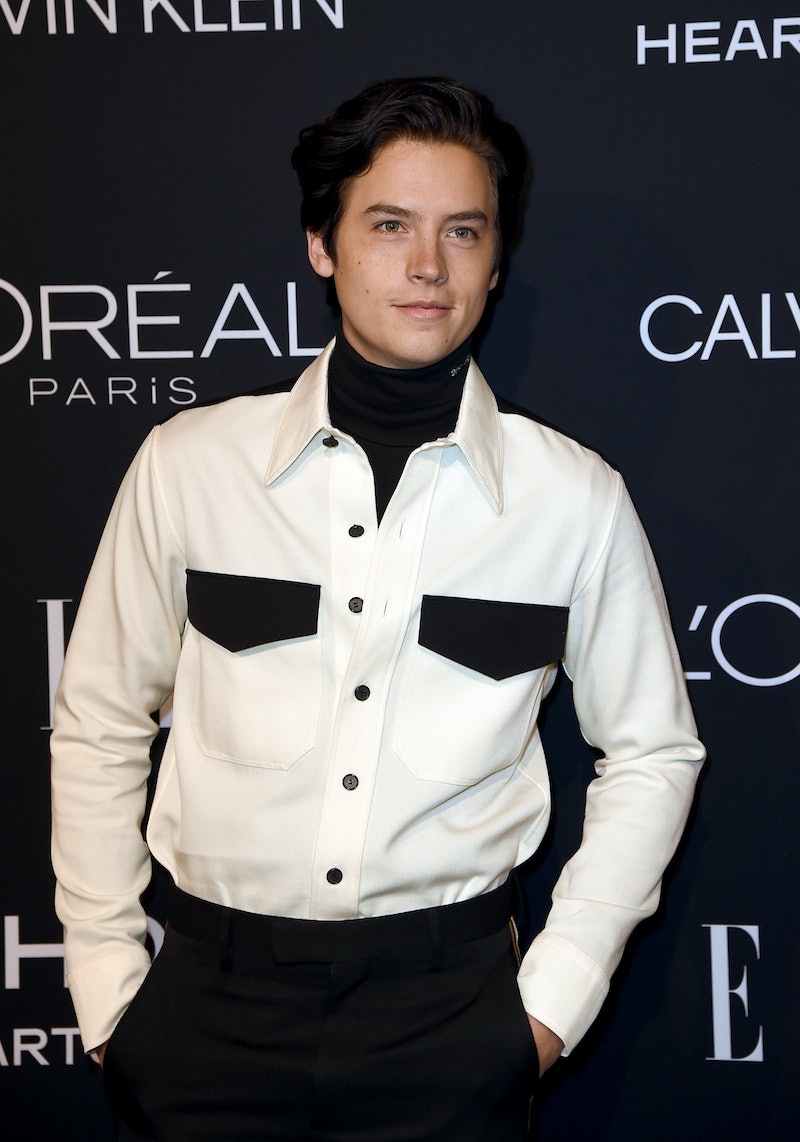 Any committed Sprouse twins fan has studied and knows the extent of their esteemed acting careers. They started acting at a very young age and played many of their roles together, whether they were cast as the same character (Big Daddy) or a pair of identical twins (The Suite Life). They were separated for the first time when Cole Sprouse played Ben on Friends, Ross Geller's young son. And in a recent "Actually Me" segment with GQ, Cole went undercover online to offer his two cents on Ben's abrupt disappearance toward the end of the show.

There is a reoccurring fan theory that Ben disappears after the show's eighth season because Ross loses custody of him. According to Glamour, after his sudden disappearance from the cast, he is only mentioned six times and he never even meets his half-sister, Emma.

It's obvious that Ross adores Ben with all of his heart, but he does make some questionable decisions that could've sent Ben's mom, Carol, over the edge. As reported by Glamour, Reddit user and author D.F. Lovett noted several of those decisions, including Ross asking his self-defense instructor to help him attack Phoebe and Rachel in Season 6, trying to hook up with his first cousin in Season 7, dating one of his students throughout Season 6, and being very judgmental about Phoebe and Joey's career paths and lifestyles in general. Interestingly, Ben was last seen in the Season 8 episode "The One Where Joey Dates Rachel," which lends the theory even more credibility.

In his "Actually Me" segment, Sprouse responded to the theory and seemed to agree with the fans. One of them asked him on Twitter how he felt about "basically being killed off" Friends, and his response backed up the sad fan theory.

"Critics would agree that Ross was never really the most present father," he wrote. "And so it doesn't surprise me too much." He also took the mention of Friends as an opportunity to elaborate on his first solo role. "Honestly, our appearance as the same character was sort of dependent on how much screen time we had," he said. "In Friends, for example, my role was not too present. They only really needed to hire one twin, because both of us were incredibly expensive." (He's joking about that last bit... probably.)

In a 2017 interview with Comedy Central UK at London's Friends Fest, Jane Sibbett and Jessica Hecht, who played Carol and her wife, Susan, on Friends, gave a different explanation for their son's late season disappearance. "He moved to England. So we've come after him and that's why we're gonna stay," Sibbett said. Hecht explained further, "We put him in a boarding school just to get him out of dodge. We put him in a British boarding school."

If the England story is true, Cole definitely doesn't seem to be in the loop about it. And since the Friends writers aren't talking, there's really no way of confirming who's right. At least for now, it looks like the mystery surrounding Ben's disappearance from Ross' life (at least onscreen) will remain unsolved.