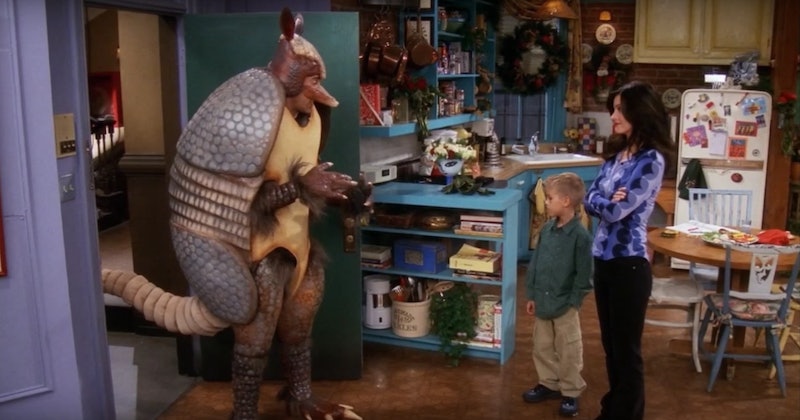 The show's children were also part of some iconic Friends moments that no fan will ever forget. “The One With The Holiday Armadillo” remains the series' absolute best holiday episode, with Ross dressing up as an armadillo to try to get Ben interested in learning about his Jewish roots during Hanukkah. Years later, Ross uses an unconventional “lullaby” to make Emma stop crying — Sir Mix a Lot’s “Baby Got Back.” Even though Rachel is offended by him singing the song, she begrudgingly sings it to Emma and by the end of the episode sings it with Ross, complete with dance moves.

If you want to revisit those moments, here are 11 of the funniest Friends scenes involving the kids.

More like this
24 Years Ago, 'Friends' Dropped Its Most Underrated Ross & Rachel Episode
By Grace Wehniainen
Netflix Reveals First Look At Wednesday In The 'Addams Family' Spinoff Series
By Bustle Editors
What Does Nancy Jo Sales Think Of 'The Real Bling Ring'?
By The Editors
'Survivor' Is Finally Coming Back To UK Screens
By El Hunt
Get Even More From Bustle — Sign Up For The Newsletter