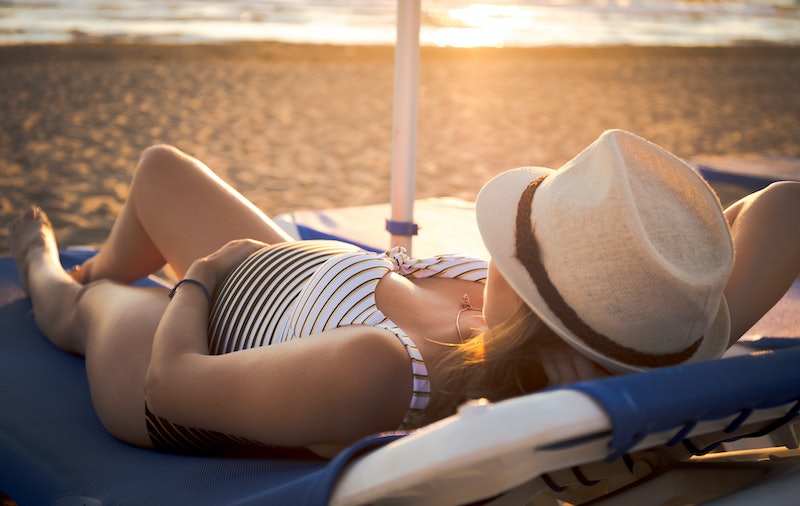 A new study published in the journal Human Fertility surveyed 1,215 students in Melbourne, Australia and found that less than half of college students know when a woman's fertility declines, while less than one in five know when a man's fertility declines. This was particularly surprising to study authors, given that most of those students — around 90 percent — also reported that they were interested in having children some day.

Conventional wisdom dictates that women's fertility declines around age 35, while men's fertility starts to decline around age 45. However, there's been some debate around the subject stirred up by reproductive rights activists suggesting that those figures are a myth designed to pressure women into starting families when they don't want to.

Interestingly, about a quarter of survey respondents, both male and female, actually overestimated the age of decline for female fertility at younger than 35. But 36 percent of men and 29 percent of women believed women's fertility didn't decline until after 40. That means less than half of them knew the general guideline that fertility begins to decline at 35.

Even fewer college students knew when men's fertility begins to decline. Only 18 percent of men and 17 percent of women answered correctly in the 45-49 years old range. When it came to male fertility, a greater amount of respondents overestimated the age of decline to be younger than 45 than believed that male fertility declines after 50.

The study also asked participants why they planned to postpone childbearing, and the women surveyed gave well-reasoned answers. According to the New York Times:

Most study participants said they wanted to have children, but many women said they plan to postpone childbearing until after they complete their education, advance in their careers, have access to child care and jobs that could be combined with having children, and have traveled and done other things that may be difficult with children.

Dr. Eugénie Prior of the Victorian Assisted Reproductive Treatment Authority in Melbourne, who led the study, called these goals "unrealistic." Reporting around the findings asserted that these expectations were "ambitious" and "a tall order" for anyone to achieve, let alone women before the age of 35. Frankly, it was one of the most frustrating things about the report. Study authors advocated for better fertility education in sex ed, which is a worthy goal, but it doesn't address the fact that we don't structure the career ladder, workplace culture, or social safety nets to accommodate people's safest fertility windows.

By suggesting that people conceive before developing a strong relationship with themselves, a solid adult self-care plan, and an economically supportive environment, we're setting up parents and kids to fail. We're sending the message that healthy choices are "unrealistic," so young people might as well resign themselves to having kids in unstable economic and emotional conditions. The fact that young people see this as unworkable is a feature, not a bug. It means that they may be inclined to overhaul a very broken system of parenting under capitalism and find innovative new models for a meaningfully nurturing society.