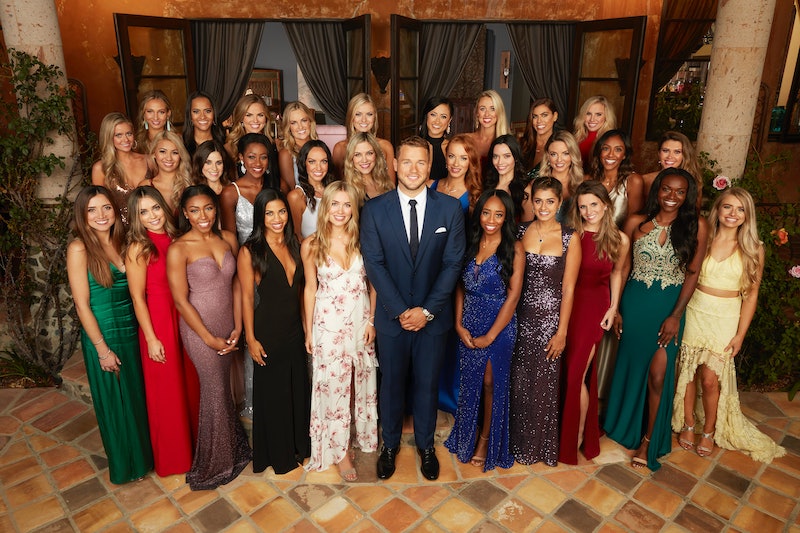 Colton Underwood is about to embark on an adventure — no, a journey — as the star of The Bachelor Season 23. And now that Colton's 2019 Bachelor contestants have been announced, there's no turning back. Though, to be fair, Colton's been set on this new Bachelor journey for quite some time. In fact, he's been heading toward the show for the better part of a year, ever since he appeared as a contestant on Season 14 of The Bachelorette. After competing for Bachelorette Becca Kufrin's heart, he went on to Bachelor in Paradise where he briefly dated Tia Booth before leaving Mexico in tears and being named the new Bachelor.

Needless to say, Colton has had some ups and downs when it comes to love, but now he's ready to find the one. And, who knows, his future wife could be one of the 30 contestants headed to the Bachelor Mansion for Season 23.

Though Season 23 has yet to premiere, the Bachelor season has already reportedly finished filming, which means that Colton could already be engaged this very moment! Before the contestants were even announced, Colton teased a potential lady love on Instagram, captioning a photo he claimed was "date night with my babe."

Of course, Colton later had to clarify his use of the pregnant woman emoji to hide his date's identity. Though he didn't exactly explain why he chose that emoji, he did make a joke about his virginity, which he first revealed during an emotional moment on The Bachelorette. "Can't a guy just take his pregnant gal out on a date without speculation on his virginity?" he tweeted.

The women vying for Colton's heart this season range from a self-proclaimed "sloth" to even one woman who has apparently never been kissed. Each, of course, has their very own unique personality, as host Chris Harrison was sure to note in his announcement video. So, without further ado, here's what you need to know about Colton's Bachelor contestants before the season premiere on Jan. 7.