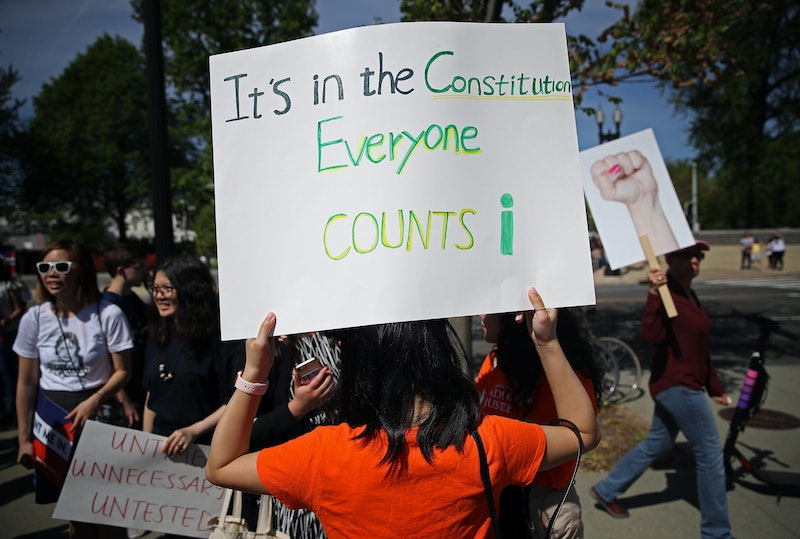 The last time that households across the country were asked about their citizenship status on a decennial census was in 1950, but even that census did not pose a question quite like the one the Trump administration wants to ask in 2020. The Trump administration wants to ask everyone whether or not they are an American citizen, and Democrats are concerned it could deter immigrant families from participating. However, Congress could block the census citizenship question by passing a new government funding bill, The Hill reported.

On Wednesday, the House Appropriations Committee advanced a bill that would prevent the Census Bureau from adopting a citizenship question in 2020 by adjusting funding levels for commerce, justice, science, and related agencies. According to The Hill, the broader House is expected to discuss and vote on this legislation in June. The Supreme Court is also expected to take up the citizenship question case in the near future, NPR reported.

The Trump administration has claimed that it wants to pose a citizenship question on the 2020 census to better enforce the Voting Rights Act, NPR reported, specifically its protections against discrimination. According to The Los Angeles Times, the Trump administration has argued that collecting citizenship data is necessary to determine how many eligible voters live in regions where such discrimination has allegedly occurred. Bustle has reached out to the White House for clarification.

However, Census Bureau officials have previously discouraged incorporating a citizenship question into the census, NPR reported, out of concern that the accuracy of the information collected could be compromised. Andrew Pincus, an attorney representing former Census Bureau directors who filed a Supreme Court brief over the matter, told NPR that officials have been able to enforce the Voting Rights Act for decades, even without being able to access citizenship data.

In addition to being concerned about accuracy, Democrats have also accused the Trump administration of proposing a citizenship question in order to deter immigrant families from participating in the census, per The Hill. Data collected in the census is used to determine everything from congressional representation per state to federal funding for different states and municipalities. Democrats are worried that requiring people to answer a question about citizenship will make them less likely to participate, thereby rendering this critical data inaccurate.

Research from the Census Bureau supports Democrats' concerns; the bureau found that that a citizenship question on the census is likely to frighten households with non-citizens, including undocumented immigrants. Based on its research, the bureau recommended that the Trump administration gather existing citizenship data, rather than pursuing the more difficult and expansive path of adding a citizenship question to the census.

According to CNN, the bill advanced by the House Appropriations Committee on Wednesday is still a long way from making it to President Donald Trump's desk, and it will likely face additional scrutiny from the GOP-led Senate. However, Democrats have remained vocal in their criticism of the Trump administration's immigration policies, especially after they took back control of the House during the 2018 midterms.