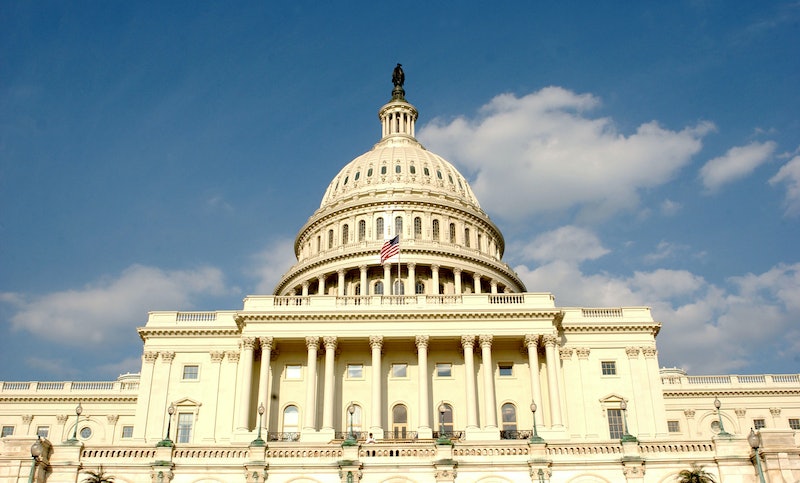 Complaints of underproduction are nothing new for Congress; the characterization has plagued it over its past few sessions. Lawmakers can usually blame gridlock due to uncompromising ideologies for its ineffectiveness. But now that Republicans are in control of both houses for the first time in ten years, The Week reported that Congress could be the most unproductive it's been in over a century and a half when the nation was on the brink of a civil war.

The publication came to this conclusion by looking at the predicted likelihood of the bills that have passed the House to actually pass through the Senate. According to GovTrack, there are 238 bills awaiting Senate deliberation, and only 13 of those bills have been rated with a more than 50 percent chance of passing the Senate and being signed into law as is. That's a .05 percent success rate.

However, it must be noted that there are many ways to measure success. In fact, if you look at the numbers of bills President Trump has signed into law, the 115th Congress is actually faring pretty well compared to the last three sessions, which were each deemed "historically unproductive" at their closings. Trump has signed 43 laws so far in his nearly six months in office, The Week reported.

But it's substance that counts, and in that case, this Congress is all sizzle and no steak. The Washington Post reported earlier in July that 60 percent of the bills that Trump had signed into law were only one-page long. Additionally, about a third of the bills passed by Congress were simply a reversal of Obama-era regulations, according to The Week. So far, that suggests this Congress has been less focused on actual policy creation and more focused on repealing previously passed legislation.

Health care and tax reform have yet to be achieved, as has the repeal of financial regulations like Dodd-Frank. And then there's Trump's promise to build a border wall. It seems confusing that given Republicans' position, they haven't been able to pass any of the reforms and deregulation efforts they have been discussing over the past eight years. When it comes down to it, the ideological spread across the Republican party is a far bridge to cross.

While Republicans thought this Congress would be a cake walk for its agenda, it seems it just can't shake the "do-nothing" moniker, even when it's set up for success.