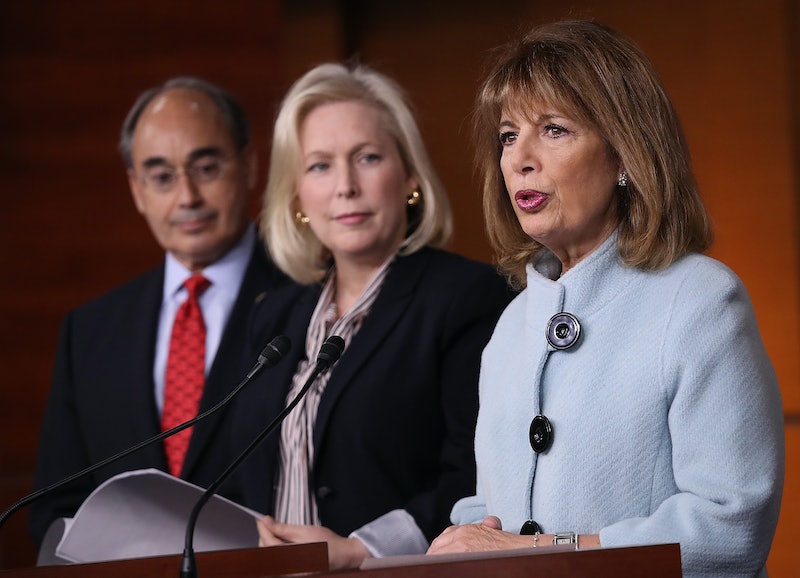 The #MeToo wave has officially hit Capitol Hill, already taking down several lawmakers in its early stages. Even before some of them handed in their resignations, Congress had already made some changes to its sexual harassment training policies. Deciding what should be required as part of Congress' sexual harassment training, though, should require a longer process than simply asking the Office of Compliance (OOC), which normally deals with sexual harassment complaints, to design a typical course.

Part of this is caused by a focus on legal liability rather than on culture change. When the trainings instruct men on how to avoid legal action against themselves and the organization — or company, or lawmaker's office — for whom these men work, they don't actually make any attempt to change the culture. This doesn't make things any better for the victims, so the cycle continues. Therefore, Congress will have to go a bit further if they want to actually make it a safe environment for both staffers and congresspeople.