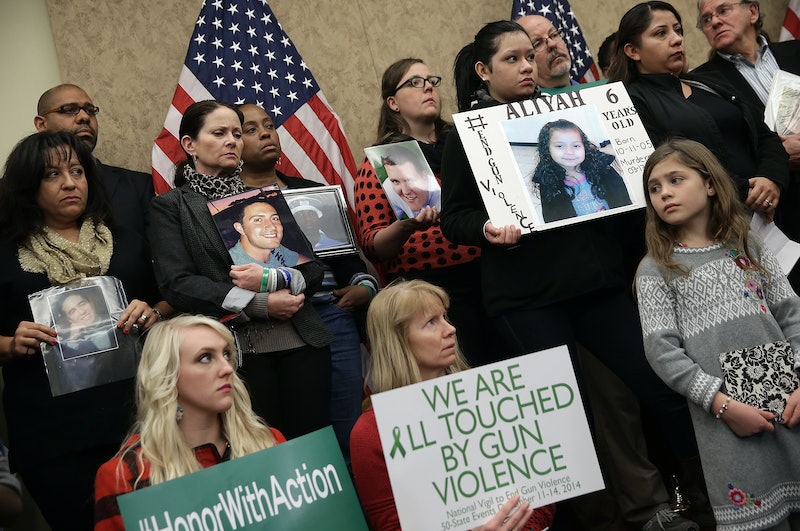 There may be some hope for gun control activists now that families of the Sandy Hook shooting will challenge the gun manufacturing industry in the Connecticut Supreme Court. On Nov. 14, plaintiffs' lawyers will shed light on the military-style assault rifle used in the tragic 2012 school shooting. The incident led to the deaths of six staff members and 20 children mostly between six and seven years old. Wheeler's son, Benjamin, was one of the students killed in the massacre five years ago.

The plaintiffs — which include parents of children who were killed at Sandy Hook — are trying to challenge a federal law that protects gun manufacturing companies from litigation in the wake of mass shootings. Legal proceedings against the gun manufacturing industry are particularly difficult and frequently obfuscated due to a law that shields them from being held accountable, at least in some capacity, for massacres like the one in Sandy Hook. This law is known as the Protection of Lawful Commerce in Arms Act (PLCAA) and was passed by a Republican-dominant Congress in 2005.

The 2005 law states that it protects companies from litigating efforts after a consumer misuses a product. In other words, the law will "prohibit civil liability actions from being brought or continued against manufacturers, distributors, dealers, or importers of firearms or ammunition for damages, injunctive or other relief resulting from the misuse of their products by others."

In their case, scheduled only a month before the school shooting's anniversary, Sandy Hook plaintiffs will bring the gunman's Bushmaster rifle into light in order to question the role the rifle's manufacturer played in the massacre. Although the National Rifle Association remains strongly opposed to the case on grounds that it would supposedly "eviscerate" the legal shield protecting the guns industry, the New York Times says that the plaintiffs will argue that the high capacity rifle should have not been handed to a civilian given its military background.

On a more media-based level, the lawsuit will also question the role marketing played for the rifle with product placement in video games. In 2016, the plaintiffs claimed, "The Bushmaster Defendants attract buyers by extolling the militaristic and assaultive qualities of their AR-15 rifles."

This is not the first time that someone has raised the question on legal ramifications for gun manufacturers. In 1993, the Supreme Court of Florida held Kmart liable in a grisly incident involving a man who shot his girlfriend in the neck during a drunken bout of rage while using a .22 caliber bolt-action rifle bought from the store. The accused was sentenced to 40 years in prison and although the victim of the shooting survived, the gun-inflicted injuries left her quadriplegic for the rest of her life. In response to the litigating efforts, Kmart's lawyer Amy Smith said the company would appeal and added, "We are not at fault. I don't know if that's enough to overcome the sympathy factor."

The Las Vegas shooting in October led to the same question after a gunman reportedly opened fire on a massive crowd of 22,000 people attending a country concert. Over 50 people were killed in the gruesome affair while more than 200 were injured. The gunman used military style rifles when he attacked the large group of concert-goers.

It's difficult to say if the Sandy Hook families' case will be rewarded with success in the coming future — especially considering the ironclad federal law that safeguards the guns industry. But even if they don't fare well in the state's Supreme Court, such a case may at least compel public opinion to interrogate the validity of the PLCAA.