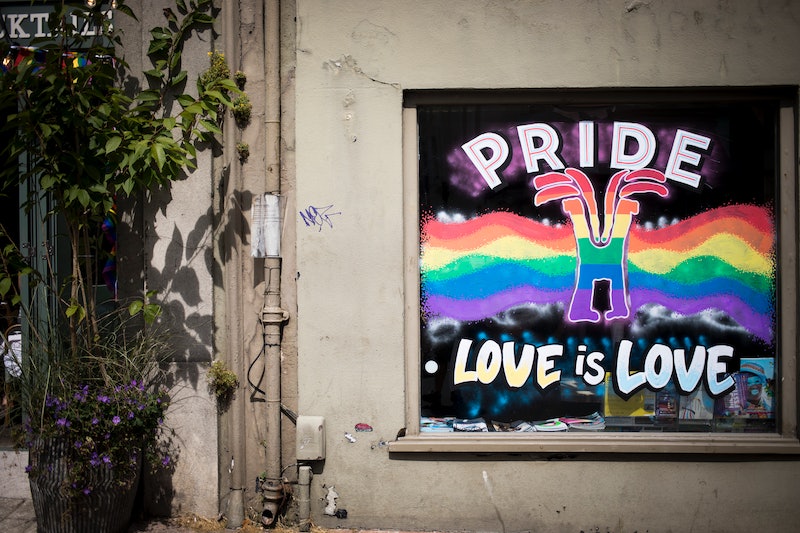 In a landmark win for LGBTQ rights, more and more states are moving to ban dangerous and discredited pseudoscientific practices which falsely claim to change an individual's sexual orientation. Colorado officially banned gay conversion therapy Friday when Gov. Jared Polis signed a bill classifying any advertisement of the practice as a deceptive trade practice into law. The Centennial State is the 18th state to have outlawed conversion therapy.

Polis signed two bills advancing LGBTQ rights in the state on Friday, according to the Denver Post. One barred mental health professionals from attempting to "change a [minor] individual's sexual orientation, including efforts to change behaviors or gender expressions or to eliminate or reduce sexual or romantic attraction or feelings toward individuals of the same sex." The bill also defined advertising of conversion therapy as a deceptive trade practice under Colorado's Consumer Protection Act.

The second bill signed into law by Polis on Friday enabled transgender residents to obtain new, updated birth certificates without having to provide proof of surgical gender change, or public notice of a legal name change.

"Today, we witnessed the nation's first openly gay man elected governor, Gov. Jared Polis, sign into law two pro-equality pieces of legislation, including a bill that protects LGBTQ youth in the state from the dangerous, debunked practice of so-called 'conversion therapy,'" Human Rights Campaign President Chad Griffin said in a statement released Friday. "While there is much work to be done to ensure that all of us are treated equally under the law, this is a great day for progress — for Colorado and for our community."

Polis signed Colorado's legislation banning conversion therapy just a few days after Maine Gov. Janet Mills signed a similar bill. "Today I signed into law a bill banning conversion therapy, a widely-discredited practice that has no place in Maine," Mills wrote Wednesday on Twitter. "Today, we send an unequivocal message to young LGBTQ people: we stand with you, we support you, and we will always defend your right to be who you are."

The American Psychiatric Association (APA) has long opposed any and all forms of conversion therapy, saying in 2013 that it "does not believe that same-sex orientation should or needs to be changed." The APA's 2013 statement goes on to note that efforts to change sexual orientation via so-called conversion therapy "represent a significant risk of harm by subjecting individuals to forms of treatment which have not been scientifically validated." They have argued that "no credible evidence exists" to support the idea that sexual orientation can "reliably and safely" be changed — nor does it need to be.

In a statement to local NBC News affiliate 9News, Polis said he was thrilled to kick off LGBTQ Pride Month with legislation prohibiting what he called a "torturous practice" that harms children. According to the news outlet, research has shown that conversion therapy leads to an increased risk of suicide, depression, and drug abuse among teenagers.