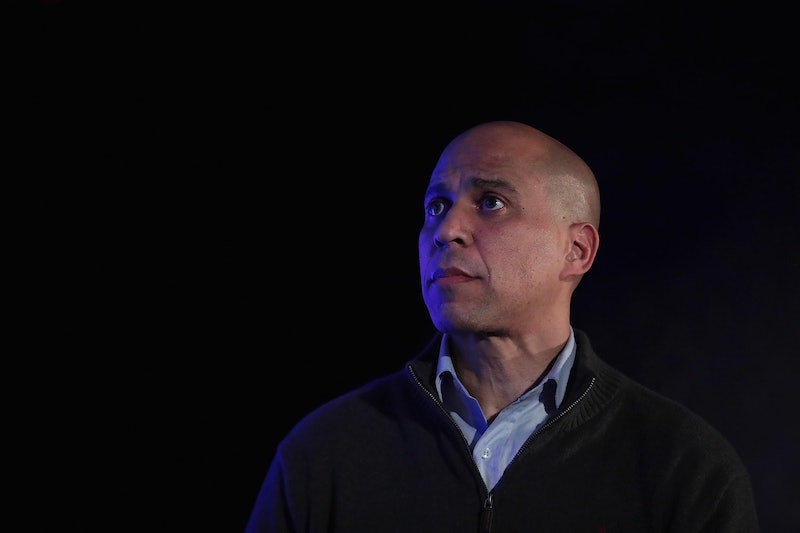 "We have such a great field of leaders. I think that you will rarely see a Democratic ticket anymore without gender diversity, race diversity. I think it's something that we should have," Booker told Maddow when asked about his potential running mate. "So I'm not going to box myself in. But should I become it, you know I'll be looking to women first."

Booker added that he believes "there should be a woman president right now" and he "worked very hard to get one," referencing his formal endorsement of Hillary Clinton in the 2016 election. As Booker is now running against several women — including his Senate colleagues Kamala Harris (D-California), Amy Klobuchar (D-Minnesota), Elizabeth Warren (D-Massachusetts), and Kirsten Gillibrand (D-New York) — he made it clear that he would seriously consider tapping a woman to run alongside him for vice president.

Booker has already been criticized by Republicans for running against so many female contenders. In an interview with Fox & Friends, presidential adviser Kellyanne Conway claimed earlier this month that Booker's campaign is inherently "sexist."

“I would ask him a couple questions today as he runs from my native New Jersey,” Conway said. “One is, what is wrong with the candidates that are already in there? What is your objection to Kamala Harris running, Elizabeth Warren, Kirsten Gillibrand, these others who have already announced, Tulsi Gabbard maybe? If he were a Republican running against them, they immediately would call him a sexist for running against these women in the Democratic field.”

Booker isn't the only man in the Democratic race, though; former Housing Secretary Julián Castro, Indiana Mayor Pete Buttigieg, former Rep. John Delaney, and businessman Andrew Yang have also thrown their hats in the ring. Former Vice President Joe Biden and Sen. Bernie Sanders are expected to announce soon whether or not they'll run in 2020, too.

Booker announced his presidential campaign on the first day of Black History Month, stressing in a video posted to his Twitter account that he wants to make sure "no one is forgotten" in America.

"I believe that we can build a country where no one is forgotten, no one is left behind," Booker said in the video. "Where parents can put food on the table; where there are good paying jobs with good benefits in every neighborhood; where our criminal justice system keeps us safe, instead of shuffling more children into cages and coffins; where we see the faces of our leaders on television and feel pride, not shame."

His campaign website focuses on joining together to overcome seemingly impossible challenges, a lesson Booker says he learned growing up in New Jersey. If he wins the Democratic nomination, it's likely he'll pick a woman to spread that message with him.