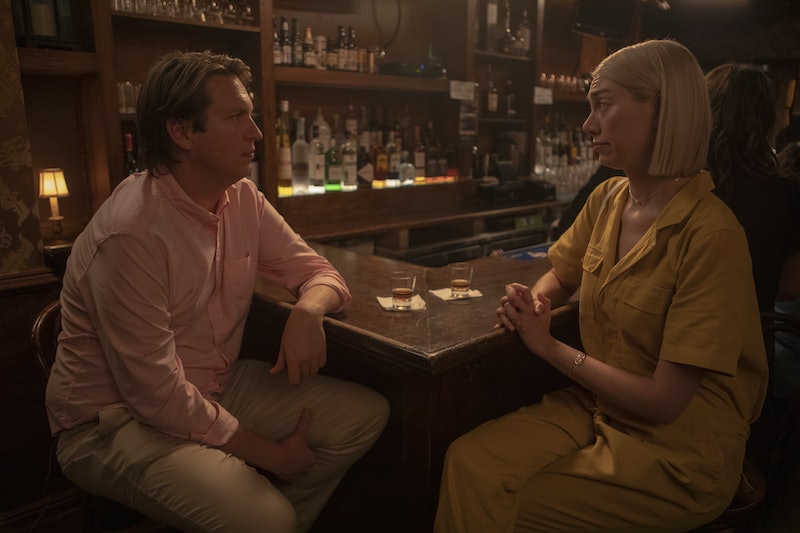 Crashing closes out its third season March 10, which means fans will be looking ahead to a potential Crashing Season 4. Will we finally see Pete's standup career flourish? Will he ever get back together with Aly or make amends with Kat? Will he encounter even more comedy legends, and will they be any nicer to him? There are so many questions left to be answered.

Unfortunately, Holmes announced on Twitter Friday afternoon that Crashing was not picked up for a fourth season. "I feel so grateful and so much joy that I got to make this wonderful show with my comedy hero @JuddApatow and the amazing cast, crew and writers," Holmes wrote. "Gratitude and love. Heart emoji!" Despite the sad news, the comic did add in a separate tweet that there is potential they'll do a Crashing movie somewhere down the line, and said that the Season 3 finale will still offer some kind of closure for the plot. "...If you watch the finale you'll see it still wraps up VERY nicely," he added. "Sort of eerie, actually."

The cancellation of Crashing is truly a bummer, and for some might feel a little unexpected. The half-hour comedy has a 95 percent positive rating on Rotten Tomatoes among critics and an 85 percent positive among audiences, and has also reportedly seen a recent boost in viewership numbers. This season has averaged about 369,000 viewers a week in comparison to last season's 353,000 average viewers, according to TVSeriesFinale.com.

Crashing was a show with a lot of talent behind it, and its premise could have easily been mined for more stories. It stars Holmes as a dramatized version of who he is in real life — a comic from a religious background who dives headfirst into New York City's gritty comedy scene in an effort to make it big. He's a little aimless after his wife leaves him for another man (something that also happened to the real-life Holmes), and finds himself trying to figure out exactly where he fits in the world of stand-up.

He's joined onscreen by Jamie Lee — who plays his on-again, off-again girlfriend (Lee also wrote for the show) — and comics including Ray Romano, Jaboukie Young-White, Sarah Silverman, John Mulaney, Artie Lange, and Bill Burr, who all guest-starred as versions of themselves. Even in what feels like a run that's been cut short, Crashing remains a must-watch for any comedy fan who wants to see the scene celebrated, but also smartly dissected and held to account for its flaws.

Furthermore, Crashing touched on divorce, sex, and even God in a way that few comedies have managed to do without losing their humor. Holmes wasn't afraid of reflecting on his Christian background or his current spirituality — those topics fed into Crashing and made it all the more honest. He's said before that in a funny way, church and comedy are interchangeable.

"It's the same skill set. You know, you get up in front of people. You want them to leave feeling better than they came. And... you know, you orate. You speak," Holmes said in an interview with Terry Gross ahead of Crashing's second season. "So my mom... she always wanted me to be a youth pastor or a pastor. And when I told her I was becoming a comedian, she literally said, 'close enough.' That was her joke. And I kind of understand what she means by that."

Crashing was earnest and thoughtful, just as fans of Holmes have come to think of the man himself. It's a shame that HBO didn't see more potential in the show's future, but it certainly won't be the last hilarious project we see from its lovable frontman, and if Holmes' tweets have merit, not the last we'll see of the show.