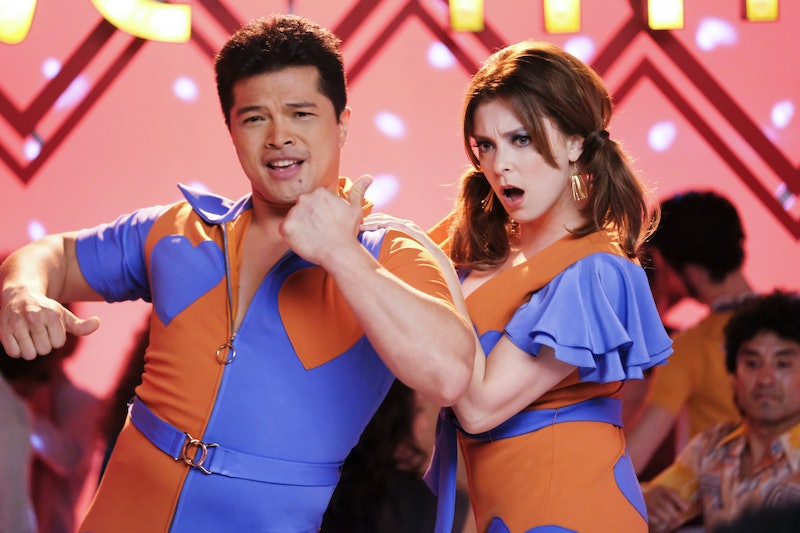 Whether you've let the entire season somehow pass you by, missed a couple of episodes and want to catch up, or have been religiously watching every week and just want to see it all again, one question looms large: When will Crazy Ex-Girlfriend Season 2 be on Netflix? How soon after the season finale on Friday, Feb. 3 will we be able to watch and/or rewatch Rebecca's love life go further and further off the rails? When can we put its searingly clever and incisive music videos on repeat to learn every single lyric? Well, as fate would have it, Crazy Ex-Girlfriend fans are very, very lucky this year.

You see, The CW signed a deal with Netflix in June 2016 that makes all of the network's series available to stream in their entirety just eight days after the season ends, as reported by Variety. That means you'll be able to marathon Crazy Ex-Girlfriend's second season months earlier than you would with most of the other shows currently on the air — or even other CW shows just a year ago.

Thanks to that deal, Season 2 will hit Netflix on Saturday, Feb. 11, which is just a day later than an episode would normally air. So really, it will feel like Crazy Ex-Girlfriend never left. Plus, it's perfect timing for the anti-romantic comedy to arrive just before Valentine's Day (especially given this season's new theme song).

You may even want to go all the way back to Season 1, which has been on Netflix for a while, to enjoy it all again. Of course, Season 2 definitely has more than its fair share of highlights, starting with — spoilers ahead —  Greg's surprising departure and subsequent cynical deconstruction of the classic romantic ballad with "It Was a Sh*t Show." That gave way to the rise and fall of Rebecca, Valencia, and Heather's disturbingly dystopic "Friendtopia," shortly before the arrival of Rebecca's new smarmy, perfectionist boss (who just so happens to harbor an endearing love of the Harry Potter series).

Honestly, there are almost too many quality moments to list, whether you define "quality" as "The Math of Love Triangles," Rebecca's spot-on homage to Marilyn Monroe's "Diamonds Are a Girl's Best Friend;" the season opener's Lemonade-inspired music video, "Love Kernels;" or Seth Green lounging on a grand piano. Even with such a high bar, everything that came between those standout scenes delivered.

Usually, it's torture when shows go on summer hiatus (or full-year hiatus, like Game of Thrones), but Netflix has Crazy Ex-Girlfriend fans totally covered this year. Sure, fall premiere season is still months away, but we've got more than enough rewatching to keep us busy until then.