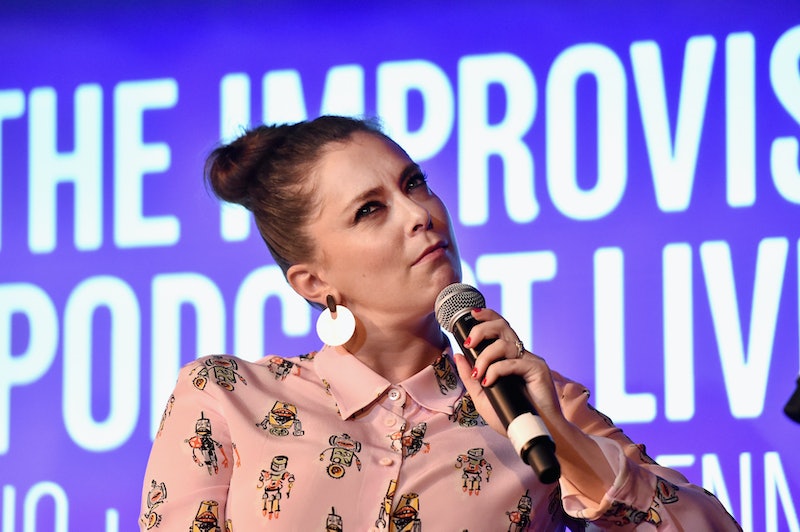 Finally somebody said it. Rachel Bloom, star and creator of the Golden Globe-winning series Crazy Ex-Girlfriend, recently took to Twitter to point out a super-irritating issue: why do women in TV shows and movies always seem to orgasm so quickly during penetration? And so easily? And without any actual stimulation?

Considering 75 percent of women need clitoral stimulation to achieve orgasm, Bloom is definitely not alone in these frustrations. Although she pointed out that some women can orgasm from penetration alone, it may require a little effort or positioning in order to achieve clitoral stimulation — something that is often completely ignored in entertainment when women have sex with men. Instead, two jack-hammered thrusts apparently leave women in ripples of pleasure. Oh, and their orgasm faces never look weird on TV.

The clitoris is essential to orgasm. “The clitoris has 8,000 nerve endings, twice that of the head of the penis,” sex therapist and sexologist, Stefani Threadgill, tells Bustle. In fact, the clitoris is much bigger than you think, so it can be stimulated without touching the little button you see at the top of your vulva.

“Only the clitoral head and the hood are external. Internally, the clitoris has ‘legs’ that wrap around the vaginal opening and vagina; massage or pressure on the labia can enhance the sensation," Threadgill says.

Ignoring the fact that so many women need clitoral stimulation to orgasm is a huge problem, and not just because it's woefully unrealistic. It creates a horrible cycle where women who don't orgasm in a few joyless thrusts often feel like there's something wrong with them. For younger women just starting to understand their sexuality — especially those who aren't getting adequate sex education — this can be especially damaging. They might feel ashamed, embarrassed, or confused that their bodies don't work like the ones they see on TV, and they might not want to explain to their partner what they actually need, especially if they have a male partner.

"Many women assume that it’s 'too much trouble' to explain to her partner what she needs him to do to give her an orgasm," relationship therapist Aimee Hartstein, LCSW, tells Bustle. "She may worry that it will take too long and that many men can’t be bothered to give her that much time and attention."

This not only can lead to all sorts of problems within their relationships — a lack of sexual pleasure, a feeling of embarrassment or shame, and maybe even a cycle of faking orgasms. It also, inadvertently, perpetuates the idea that all women can and should be able to orgasm by whatever act is most pleasurable to their male partner. If they don't feel empowered to talk about their needs and if their needs are never accurately portrayed in the media, then the myth continues.

That's not to say that the female orgasm is elusive or that it takes all women a long time to orgasm. The issue is that you have to know what your partner needs, just like with any partner. Every person is different. And the female orgasm isn't some confounding labyrinth or baffling Rubik's cube — there's a clit sitting right there, if anyone takes a second to look. But if we don't start giving more accurate portrayals of what women need in bed — of the amazing clit and its 8,000 nerve endings —then more women will feel embarrassed, fewer women will speak up, and the cycle will continue.

Bloom is totally right, and hopefully she'll have a vehicle to tackle this issue soon enough.