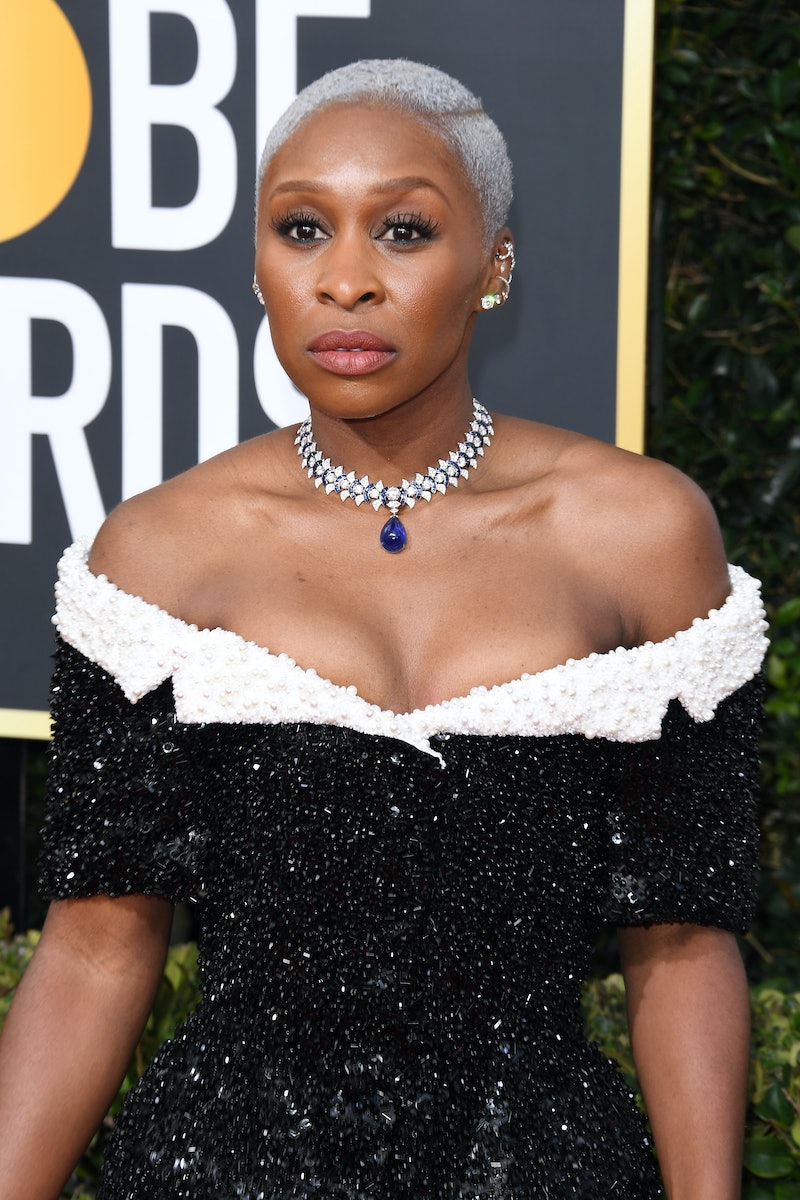 One would think award shows would be more diverse in 2020, but, unfortunately, that isn't the case. There is only one actor of color nominated for an Academy Award this year. And in a chat with Entertainment Tonight on Feb. 5, Cynthia Erivo called her Oscar nominations "bittersweet."

Erivo is nominated for two Oscars: Best Actress for Harriet and Best Original Song for "Stand Up," which she co-wrote with Joshua Brian Campbell for the film. She'll also perform the song at the awards show on Sunday, Feb. 9. And as excited as she is about her nominations and to sing on the Oscar stage, Erivo has conflicting feelings. "It's bittersweet, and I really want people to see it and think, 'You know, this, this doesn't look right," she told ET about the lack of diversity in the acting categories.

In a Hollywood Reporter profile published on Feb. 5, Erivo said it heavily weighs on her that no other actor of color was nominated. As much as it is a time for personal "celebration," she said, "To be in a room and not being able to see other actors [of color] who are nominated, to not be able to share that with another black actress is saddening. I would love to share this moment with someone else."

Her decision to perform at the Oscars, even, is not one she takes lightly. Erivo recently refused to perform at the 2020 BAFTAs due to the lack of representation. She told The Hollywood Reporter that other black actors thanked her for taking a stand. Erivo hopes that soon more people of color will finally earn the recognition that they deserve. She told the BBC on Feb. 4, "Hopefully this year will be a turning point for everyone because we're talking about it out loud and now it can start to make some changes."

More like this
Twitter Is Overjoyed By Angela Bassett’s Record-Making Oscar Nomination
By Maxine Harrison
What Is Mary J. Blige’s Net Worth? The 9-Time Grammy Winner Is Doing “Just Fine”
By Hugh McIntyre
Paul Mescal’s Family Celebrated His Oscar Nomination In The Sweetest Way
By El Hunt
Yes, You Can Stream ‘To Leslie’ In The UK Now
By Sam Ramsden
Get Even More From Bustle — Sign Up For The Newsletter
From hair trends to relationship advice, our daily newsletter has everything you need to sound like a person who’s on TikTok, even if you aren’t.