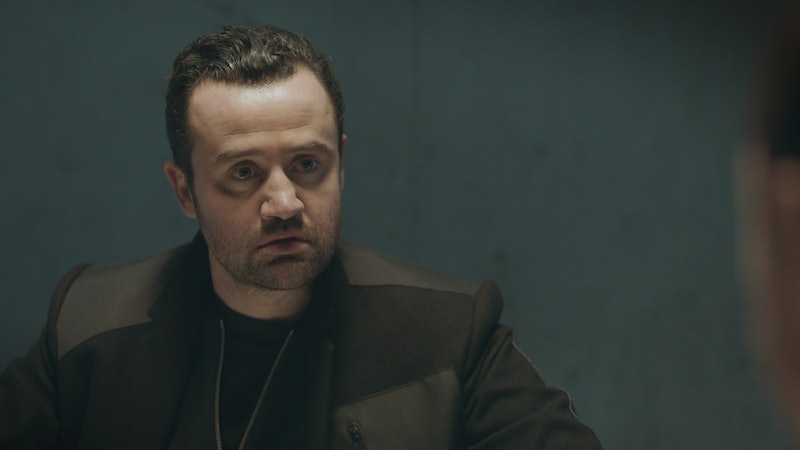 Sky's brand new police comedy Code 404 is all about top crime-fighting duo DI John Major and DI Roy Carver, who are seemingly torn apart when a botched undercover sting winds up having fatal consequences. However, thanks to Artificial Intelligence, Major is brought back to life and returns to his position in the London Met's Special Investigation Unit. Daniel Mays and Stephen Graham are at the helm of Sky's latest offering and, although Graham brings obvious star power, Mays has also featured in some huge Hollywood movies and classic TV shows. Here's everything you need to know about the Code 404 star.

Daniel Mays has a string of TV, film, and theatre credits to his name. Born in Buckhurst Hill, Essex, he later attended the Italia Conti stage school in London, and landed a place at the Royal Academy of Dramatic Art. The actor's most notable television gigs include Born to Kill, Eastenders, Ashes To Ashes, Line of Duty (which Graham also starred in, but at a different time), and more. As noted on his portfolio, Mays also appeared in Sam Mendes' Oscar-nominated flick 1917 and, before that, he featured in Star Wars: Rogue One.

As the Radio Times reports, the actor's latest role can be enjoyed in Sky's Code 404, during which he portrays the character of DI John Major — one half of a formidable police duo in the London Met's SIU. After being shot and killed on the job, Major is later resurrected using experimental Artificial Intelligence. However, a lot has changed in the time since his death, and Major's second chance at life begins to experience some technical difficulties.

Mays is joined in the show's cast by This Is England's Stephen Graham, who appears as DI Major's right-hand man, DI Roy Carver.

"Major is nothing without Carver," Mays explained at a recent press conference. "They're a formidable, sort of double act. They're the top of the tree there."

Providing further details about the new series, he added "you’ve got the comedy, you’ve got the love triangle and the thriller aspect," before concluding that the show "ticks a lot of boxes."