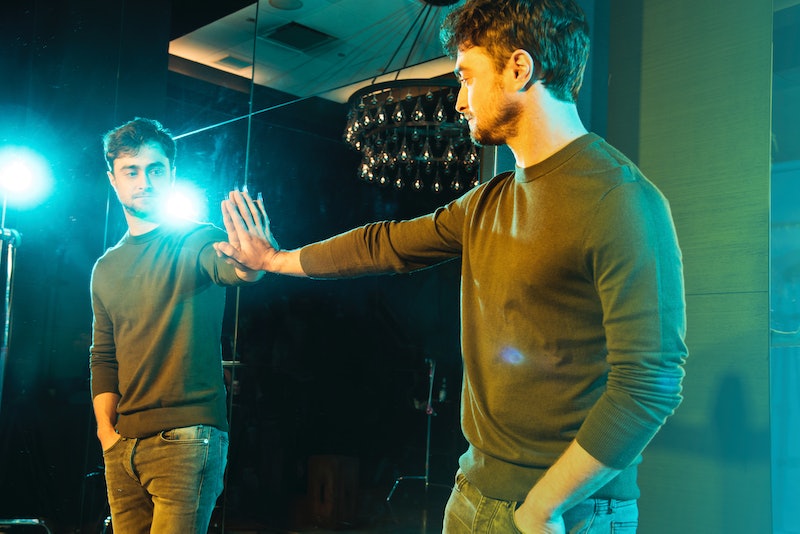 No matter what he does, Daniel Radcliffe will forever have a place in the hearts and minds of millennials as everyone’s favourite wizard, Harry Potter.

Playing the title role in a film franchise that spanned 10 years of his life, Radcliffe warmly accepts the reality of his significance in pop culture, speaking on BBC Radio 4‘s Desert Island Discs, on Sunday 15 March. “We’re now at the stage where I’m 30, and if you were my age when you watched the films you might have young children,” he tells the programme's presenter Lauren Laverne. "They are being introduced to it, so it’s like you are watching that cycle kind of perpetuate... To think I occupy that space for other people is genuinely lovely.”

Despite the early pressures experienced by child actors, Radcliffe appears relatively unscathed. So, Laverne asks, how has he managed to stay calm and grounded amid the fame and success?

He credits his parents, for instilling him with gracious manners from when he first started out – "Always be the first to put out your hand for a handshake," was his dad's advice. Both his mum and dad acted when they were young, before becoming a casting and literary agent respectively. "They knew enough about the industry to be really helpful and guide me through it,” Radcliffe explains.

The actor says he did find solace in drinking, for a time. “That happened towards the end of Potter, and a little bit after it finished. It was panic, and not knowing what to do next, and not being comfortable enough in who I was to remain sober.” He's now tee-total, and – we're happy to hear – definitely sees himself continuing in the industry for the foreseeable.

It's his love for “being on set” that will keep him there, he says. “I knew that I liked being on set enough, so that if everything else about it went away, the money and the fame, I would still like being on set.”

Living and working in London, Radcliffe reckons, also helps him keep his head screwed on. “I spend time in LA now [with his Michigan-born girlfriend Erin Darke, who he met on the set of Kill Your Darlings in 2013], and I feel like I'm going insane," he says. "I don't know what it would be like to grow up in LA from the age of 10, and continue growing up there.”

Radcliffe is used to the rumour mill that comes with being in the spotlight, too. Just last week, a fake Twitter account alleged the actor had coronavirus (not the case, and the account has since been suspended). In response, Radcliffe simply said: "That's the internet."

Today, the Old Vic became London's first theatre to close due to the coronavirus pandemic, where Radcliffe was starring in Samuel Beckett’s Endgame.