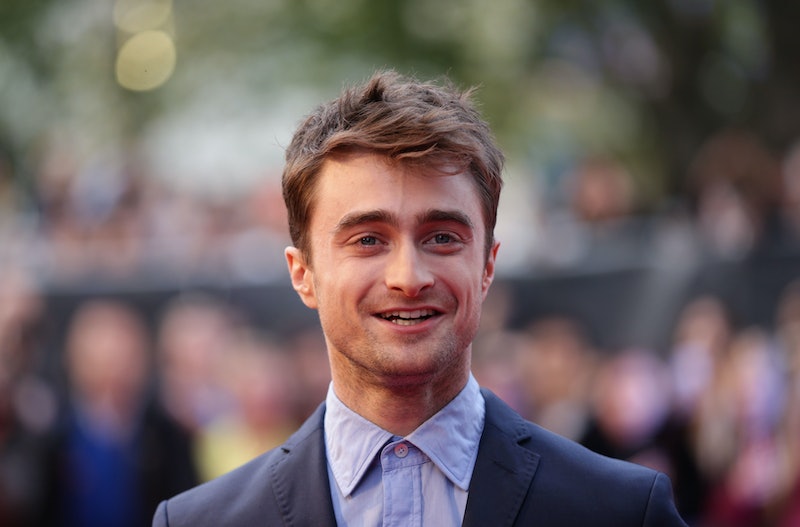 Over the last week, J.K. Rowling has been trending on Twitter. However, it’s not had anything to do with Harry Potter or her other works. In a tweet on June 6, she questioned the term “people who menstruate” and ignited a debate about trans identity and menstruation on the social media platform. In reponse to J.K.'s tweets, trans people and allies pointed out that not all women menstruate and not all who menstruate are women and now Harry Potter himself Daniel Radcliffe has responded to JK Rowling’s transphobic tweets in a statement on The Trevor Project website.

The actor has highlighted that his statement shouldn’t be interpreted as infighting with Rowling as that takes away from the more important point: that trans and non-binary people deserve respect and dignity and that more needs to be done to support them. "While Jo is unquestionably responsible for the course my life has taken," he says, "as someone who has been honoured to work with and continues to contribute to The Trevor Project for the last decade, and just as a human being, I feel compelled to say something at this moment."

On June 6 Rowling shared an article titled Creating A More Equal Post-COVID-19 World for people who menstruate. Along with it, she commented, “'People who menstruate.' I’m sure there used to be a word for those people. Someone help me out. Wumben? Wimpund? Woomud?”

The tweet gained a lot of attention with some calling her our and labelling her a TERF (trans-exclusionary radical feminist.) The author then tweeted half an hour later, writing, “If sex isn’t real, there’s no same-sex attraction. If sex isn’t real, the lived reality of women globally is erased. I know and love trans people, but erasing the concept of sex removes the ability of many to meaningfully discuss their lives. It isn’t hate to speak the truth.”

Public figures including Munroe Bergdorf and Jameela Jamil called out Rowling’s comments and in a statement released on June 8 Daniel Radcliffe shared his thoughts. He wrote on The Trevor Project’s website:

“Transgender women are women. Any statement to the contrary erases the identity and dignity of transgender people and goes against all advice given by professional health care associations who have far more expertise on this subject matter than either Jo or I.”

The Trevor Project provides crisis intervention and suicide prevention services to young LGBTQ young people. Radcliffe cited that research by the organisation highlights that the trans community already faces incredible hardship and more needs to be done to support trans people and validate their identity, “not cause further harm.”

Radcliffe has worked with The Trevor Project for over a decade, donating to help run their crisis helpline and campaigns and advocating for them. “I’m still learning how to be a better ally, so if you want to join me in learning more about transgender and non-binary identities check out The Trevor Project’s Guide to Being an Ally to Transgender and Nonbinary Youth,” he wrote.

Rowling has stood by her comments saying she respects every trans person's right to live as they choose but that her life has been shaped by being female and she doesn’t “believe it’s hateful to say so.” In his statement, Radcliffe pointed to research collected by The Trevor Project which found 78% of transgender and nonbinary youth reported being the subject of discrimination due to their gender identity.

It’s hard not to draw a connection between Rowling and Harry Potter and some fans of the novel stated how disappointed they were by her comments. However, Radcliffe pointed out that the Harry Potter world is much bigger than any of its creators. He asked for his statement not to be seen as infighting with Rowling, "that is really not what this is about, nor is it what’s important right now," he said.

Rather than connecting Rowiling’s comments to the Harry Potter series, Radcliffe highlighted all the good that came from the books, reminding us that they promoted strength, tolerance, and friendship. He said:

"To all the people who now feel that their experience of the books has been tarnished or diminished, I am deeply sorry for the pain these comments have caused you. I really hope that you don’t entirely lose what was valuable in these stories to you. If these books taught you that love is the strongest force in the universe, capable of overcoming anything; if they taught you that strength is found in diversity, and that dogmatic ideas of pureness lead to the oppression of vulnerable groups"

He continued: "[I]f you believe that a particular character is trans, non-binary, or gender fluid, or that they are gay or bisexual; if you found anything in these stories that resonated with you and helped you at any time in your life — then that is between you and the book that you read, and it is sacred. And in my opinion nobody can touch that. It means to you what it means to you and I hope that these comments will not taint that too much."

And Radcliffe wasn’t the only Harry Potter cast member to speak up about Rowling’s tweet. Katie Leung, who played Cho Chang, drew every Harry Potter fan to her page when she tweeted, “So, you want my thoughts on Cho Chang? Okay, here goes...(thread)” and then shared a number of resources, charities, and organisations which support black trans women and teens.