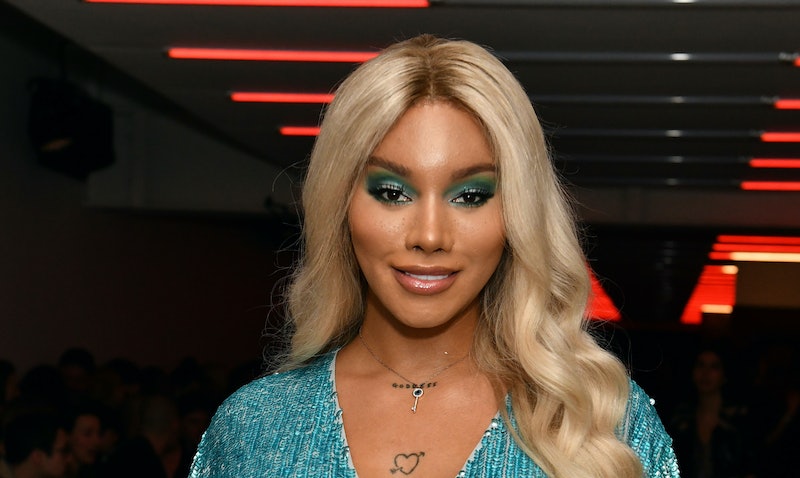 June marks Pride month around the globe and while the LGBTQ community and allies can’t come together in the way they normally would in 2020, people are still showing up for each other, educating, and advocating online. While so much progress has been made, some people in the queer community still face major discrimination and even threats to their wellbeing. However, experiences from different individuals across the LGBTQ spectrum can vary hugely. Now an argument about trans identity has been reignited on Twitter and activist Munroe Bergdorf has called out JK Rowling’s anti-trans comments about menstruation.

On June 6, Rowling shared an article titled Creating A More Equal Post-COVID-19 World For People Who Menstruate. The author wrote, “'people who menstruate.' I’m sure there used to be a word for those people. Someone help me out. Wumben? Wimpund? Woomud?” People replied highlighting that transgender, non-binary, and non-gender conforming people can also menstruate and not everyone who identifies as a woman menstruate.

Half an hour later, Rowling went on to tweet, “If sex isn’t real, the lived reality of women globally is erased. I know and love trans people, but erasing the concept of sex removes the ability of many to meaningfully discuss their lives. It isn’t hate to speak the truth.” She went on to publish two tweets that laid out her position on sex versus gender.

“@jk_rowling These times are hard enough without YOU, a wealthy white woman, tweeting transphobia from your mansion. Trans people really don't need your bullsh*t right now. Do us all a favour and give it a rest. To say that you're a disappointment is an understatement #TERF.”

TERF is an acronym for Trans Exclusionary Radical Feminist and is used to describe feminists that reject the idea that trans women are part of their cause or community.

Bergdorf later wrote, “I can't stress this enough. If your feminism requires tearing other marginalised people down, rather than deconstructing the patriarchy it is not feminism...you just aren't a very nice person.”

She went on to say: “Gender was fluid and trans people were seen as spiritual guides and leaders. This cult of transphobic white women in Britain is just another branch of white supremacy @jk_rowling,” she said.

Bergdorf also commented on the timing of Rowling's tweets, stating: “To choose Pride month to come out with yet more transphobia, in a time when people are coming together to call out bigotry, is an indicator of how you only care about liberation for people like you...READ THE ROOM @jk_rowling.”

During Pride month, many LGBTQ organisations and individuals, as well as allies, celebrate the trans activists, particularly trans activists of colour such as Marsha P Johnson, Tracey "Africa" Norman, and Miss Major, who have played an integral part in shaping queer rights today.

Bergdorf wasn’t the only high profile name to respond to Rowling’s tweets. Kate Leung, who played Cho Chang in the Harry Potter series, tweeted “So, you want my thoughts on Cho Chang? Okay, here goes...(thread)” and once she’d got the attention of every Harry Potter fan she shared petitions and charities that help black trans women. Similarly, GLAAD tweeted, “JK Rowling continues to align herself with an ideology which willfully distorts facts about gender identity and people who are trans. In 2020, there is no excuse for targeting trans people” and shared links to organisations that help to educate and raise awareness for trans issues.

More like this
Gen Z Are Twice As Likely To Identify As Queer, According To New Data
By Sam Ramsden
Matt Hancock’s TikTok Is The Most Matt Hancock Thing Ever
By Sam Ramsden
10 Equally Romantic & Heartbreaking Books From British & Irish Authors
By Shahed Ezaydi
'Brookside' Is Coming Back & Soap Opera Fans Are Going Wild
By Sam Ramsden
Get The Very Best Of Bustle/UK
Sign up for Bustle UK's twice-weekly newsletter, featuring the latest must-watch TV, moving personal stories, and expert advice on the hottest viral buys.