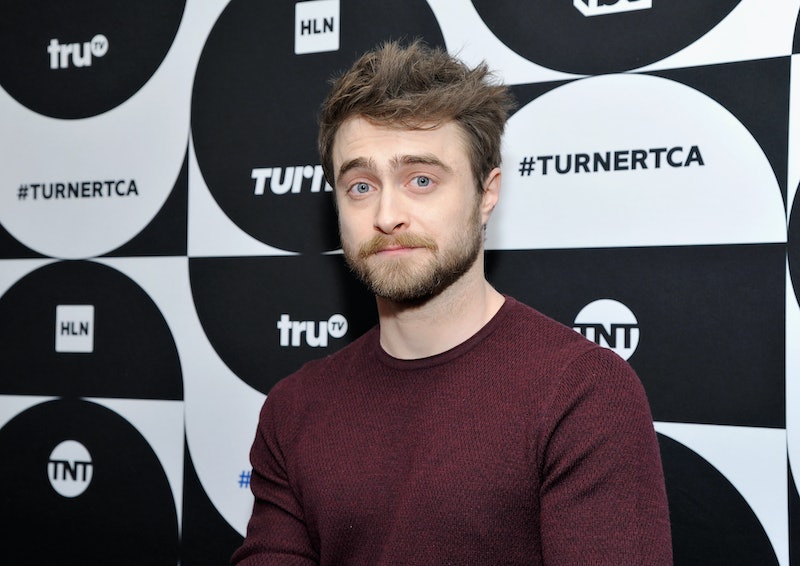 It's been almost eight years since the last Harry Potter movie premiered in theaters, not including the prequel spinoff Fantastic Beasts series. And with the reboot/remake bug in the air in Hollywood, the talk of whether or not fans will get a Harry Potter revival is constant. But, when asked about his thoughts on a revival, the Boy Who Lived himself had a different take on where the series should go next. Daniel Radcliffe revealed the Harry Potter TV show he'd want to see wouldn't be about Harry at all, but about his parents.

In an interview with TV Guide at the Television Critics Association (TCA) winter press tour, where he was promoting his new limited series Miracle Workers, Radcliffe revealed his thoughts on what he'd like to see from an HP reboot. "I feel like there are other stories from that world that you could absolutely turn into a TV series, 100 percent," he said. "A series with the older generation, that could be very cool." According to TV Guide, that "older generation" he's referring to are the Marauders, aka James Potter and his best friends.

To jog your memory a bit, remember The Marauder's Map Fred and George Weasley give to Harry in The Prisoner of Azkaban? The one where the infamous phrase "I solemnly swear that I am up to no good," came from? Well, that map was created by none other than James Potter, Remus Lupin, Sirius Black, and Peter Pettigrew, all while they were students at Hogwarts. The reason it's called "The Marauder's Map" is because it was made by their group, the Marauders.

Fitting to that name, they often hung out in the castle at night, using the map as a way to dodge administration and professors (among other things). By their later years at Hogwarts, they were unregistered Animagi, and could turn into animals to keep Lupin company when he would turn into a werewolf during the full moon. Unfortunately, neither the books nor the films delved deeper into how they created the map, or what fun antics they got up to. So having a show dig into their adventures as mischievous schoolboys would be super interesting. Not to mention you'd get a look at younger versions of Lily and Snape too.

As for what he thinks on a good, old fashioned, Harry Potter reboot, Radcliffe isn't so sure. "I don't know at this point what would be gained by rebooting it for TV, but that's not necessarily the goal, I suppose," he said. "I definitely think there will be another version of it within my lifetime. It will be interesting to see." The actor added that the films are currently still regarded as somewhat untouchable by fans, but that could very well change with time. "At the moment those films have sort of a sacred varnish on them, but that will be worn away at some point," he continued. "I'm just intrigued to see when that happens."

Most Harry Potter fans would probably agree with Radcliffe: it's too soon for a new set of Harry Potter movies or a television show based on the wizard's story. But, a show led by James Potter? Now that has the potential to be something truly magical.