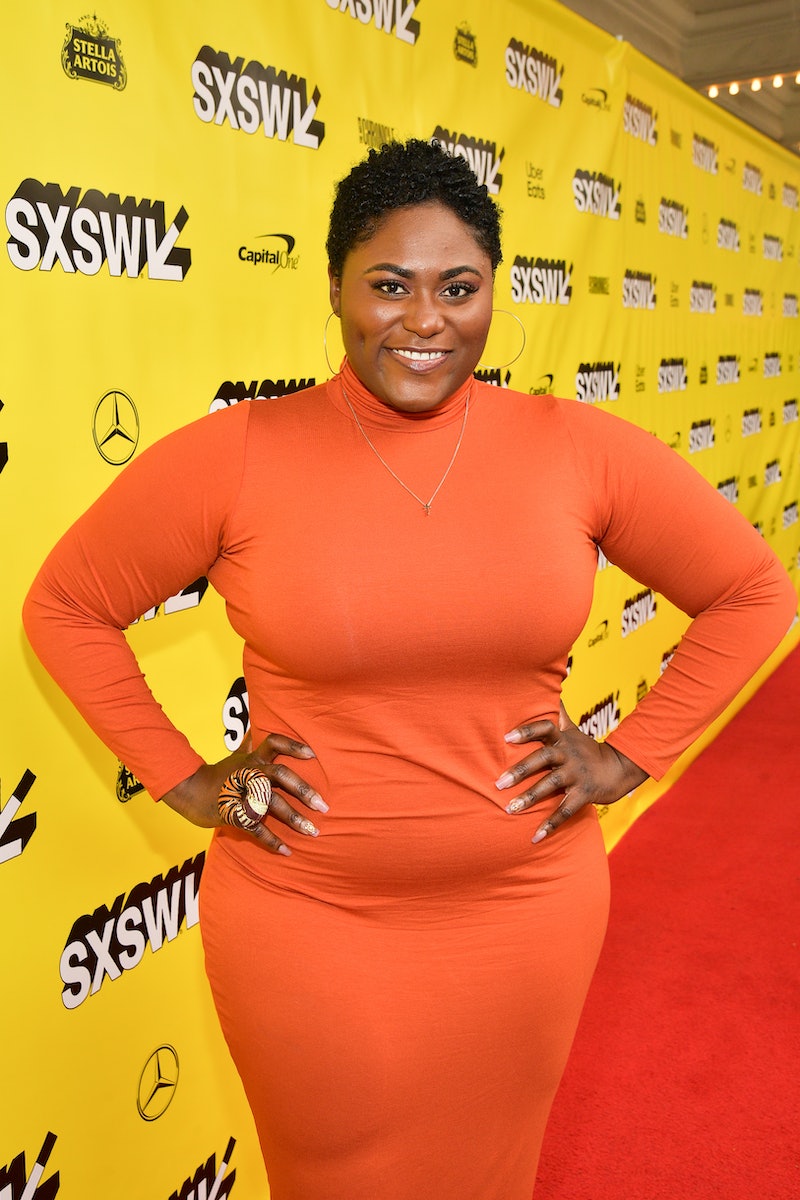 Here is some happy news for this Orange Is the New Black star. Danielle Brooks is pregnant, which she announced on Instagram on July 2. The actor shared the exciting declaration next to a photo herself with a huge smile and showing off a positive pregnancy test.

Next to her pregnancy announcement, Brooks shared, "So elated to finally share this news with you all. I’m happily pregnant!" The 29-year-old also posted a photo of her baby bump on Twitter with a sticker on her stomach that read "20 weeks." She captioned the adorable photo, "So happy to announce I’m preggers. 20 weeks in and feeling good!"

Early on the morning of July 2, Brooks teased on Twitter, "Sharing some exciting news shortly. Can’t wait to share with you all." Well, now her followers know what she was teasing. She even took to her Instagram Story and gushed, "When one chapter ends, another begins. Super excited to share with you my new beginning, I'M Pregnant." Also on her story, Brooks noted that she is "5 months in!!"

Back on Feb. 14, Brooks shared a cute selfie with her significant other and adorably wrote, "True love is when your partner agrees to wear a hairnet to ride go-carts. #valentinesday Love you D." They made their Instagram debut on Feb. 15, 2018. That said, it's unclear if Brooks and her mystery partner are expecting a child together. Either way, it doesn't matter, because she is clearly beyond ready and overjoyed at becoming a first-time mom.

Like her many followers, Brooks' OITNB costars couldn't be happier for their fellow actor and friend. Many of them commented on Brooks' Instagram with congratulations and uplifting words. They also accompanied their comments with a lot of emojis.

Brooks is even already asking for advice on social media. On Tuesday, she tweeted her followers, "This mama to be has no clue where to go for maternity clothes. Any advice?" She also confirmed that she was pregnant while starring in Much Ado About Nothing at the Delacorte Theater for the Public Theater's summer Shakespear in the Park season. After a fan tweeted on July 2, "So you mean to tell me Danille [sic] Brooks SLAYED her role in Much Ado About Nothing pregnant?! Women are fabolous [sic] creatures! Congrats @thedanieb!!!" Brooks replied, "Sure was."

Based on her many posts, you can tell how genuinely happy Brooks is to be having a baby. Just imagine how she's going to feel when her child arrives. When that happens, here's hoping Brooks shares even more heartfelt posts showcasing her motherhood journey.