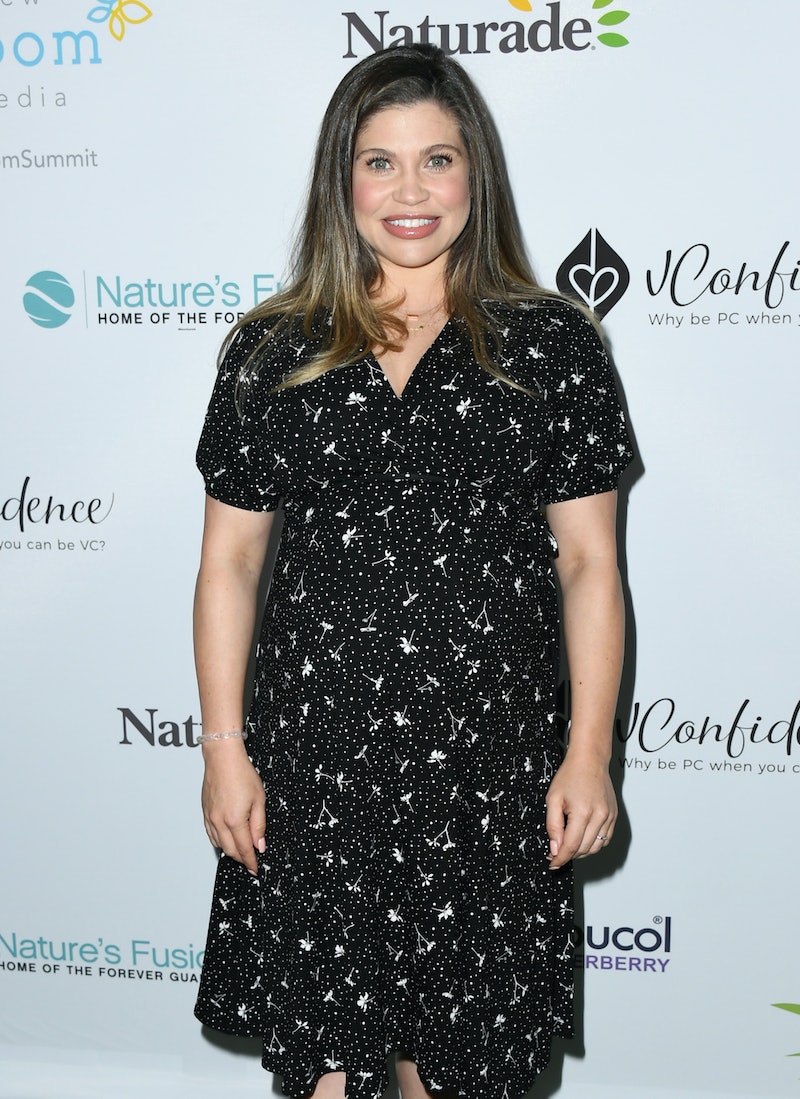 Now here is some wonderful news for this former Boy Meets World star. In a July 15 Instagram, Danielle Fishel gave an update about her baby that's extremely positive. For those unaware, Fishel and her husband, Jensen Karp, welcomed their first child, a boy named Adler Lawrence Karp, together on June 24. However, after giving birth four weeks early and suffering delivery complications, Adler was sent to the NICU for several weeks to recover. But, the family of three finally have some good news to celebrate.

Next to a photo of Fishel and Karp carrying their son in his car seat, the actor revealed that Adler finally got to go home with his parents. That's right, he's no longer in the NICU. Fishel shared,

"Adler is 3 weeks old today and officially a NICU graduate! Thank you to everyone at @childrensla and especially our primary nurses @cassiejosharrod and @quyenlyyy. We never wanted to know this hospital and its staff so well but now that we do, we can say with certainty there is no better place for children with medical needs."

She continued, "Now we hope to never be back. :) Finally, our love and hugs to every single parent who has ever spent time in the NICU and especially those we left behind today."

This is certainly some amazing news. There's no doubt that the first-time parents are overjoyed that not only is their baby boy doing well, but that they can spend time with Adler in the comfort of their own home.

Karp shared the same photo as his wife and explained how happy he was to be taking their son home and to be a "dad in the real world." He wrote, "What an incredible rollercoaster [sic] of emotions that I will hang over his head for the rest of my life." Karp later added, "We've joined a fraternity of NICU parents, a club we never thought of before, but now can never forget. We’re so happy our son is leaving, but our hearts hang heavy for those we left behind."

Before Adler was discharged, Fishel gave another positive update in a July 12 Instagram about her firstborn. Next to an image of her son wearing an adorable onesie expressing his love of pasta, the Girl Meets World actor revealed that Adler was still in the NICU but that he was "getting better and stronger every day."

She remained upbeat about what had to surely be a scary time. As Fishel wrote, all while thanking everyone for their love and support, "@jensenkarp and I keep reminding ourselves that we are extremely lucky - Adler *will* eventually come home with us - and therefore this is nothing but an enormous test of our patience and willingness to relinquish control."

They first updated fans about Adler's birth on July 1, a week after he was born. With the happy news also came the emotional announcement that the delivery didn't go as planned and that there was fluid in Adler's lungs. "This has been the most trying week and a half of mine and @jensenkarp's lives but we have gotten through it with the support of our incredible family and friends who have shown up for us in unexpected ways," Fishel wrote.

She also expressed how they couldn't wait to discuss more about Adler and his personality once his overall health improved. Fishel wrote in her July 1 Instagram, "I can't wait to share more details about him with you (he hates having a poopy diaper for even 1 minute, he loves bath time, he has the cutest sneezes I've ever heard) and sing the praises of his NICU care team but I prefer to do that when Adler is in this crib in his nursery at home on a still unknown future date."

Well, the time has finally come and Adler is finally home. Fishel and Karp are thrilled about what is truly great news. They probably can't wait to celebrate the little moments and discuss everything they love about Adler with their followers, and understandably so.