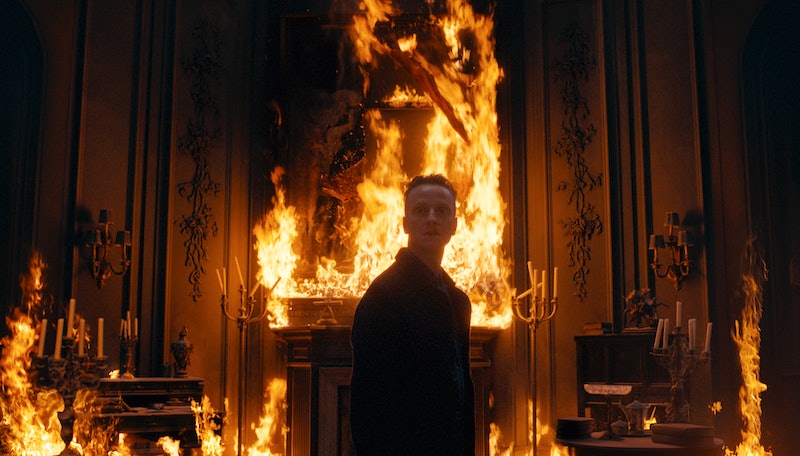 It was always in the cards that the mind-bending German Netflix series Dark would end with Season 3. "We always had three season[s] in mind when we developed Dark," series co-creator Baran bo Odar wrote on Instagram in May 2019, adding that they had just started production for the final installment. Now that the last cycle has landed on Netflix, fans will have to face the reality that it's finally over — but that's a good thing.

Co-creator Jantje Friese told IndieWire that they knew what would happen in Season 3 when they began writing the series. "There are also a lot of things in Season 1 hinting to Season 3," she said. "Also, we actually thought about putting some of the stuff that's now in Season 3 into Season 2, but then decided to move it backwards. So basically now everything that's left just falls into Season 3."

While the show has become a cult phenomenon, the series creators were nervous about how Dark would be received. "[W]e weren't sure whether we were going to get any audience because it's just such an unusual narrative," Friese recalled in an interview with IndieWire. They weren't convinced that audiences would "actually take the time and investment to watch what's going on. And also, why would they like weird German-language things?"

Fortunately, Friese and Odar were proven wrong. In fact, more than 90% of the Dark audience comes from outside Germany, according to Variety. And the reviews for Season 3 are already overwhelmingly positive, with Inverse saying that the Dark ending "might be the best series finale in sci-fi history." That's high praise, especially considering the fact that shows in this genre often struggle with endings — either they're canceled before they have a chance to wrap up (à la Firefly), end on a bizarre note (like the widely derided Battlestar Galactica ending), or just...never end at all (looking at you, Doctor Who).

Dark, conversely, is so philosophical and mind-bending that to renew it for a fourth season just for the sake of it would defeat the purpose. The showrunners have said everything they want to say and have ended things on their own terms. And, as Dark constantly reminds audiences, time is cyclical, so it's not goodbye, really. "It will be hard for us to walk away from those characters we have really grown fond of," Friese and Odar told The Hollywood Reporter in a joint statement, "but the beginning is the end, and the end is the beginning."

However, that doesn't mean these showrunners will be gone from your TVs — they've inked an overall deal with Netflix, according to THR, and are currently developing a show called 1899, which is being described as a historical horror show set on the high seas.