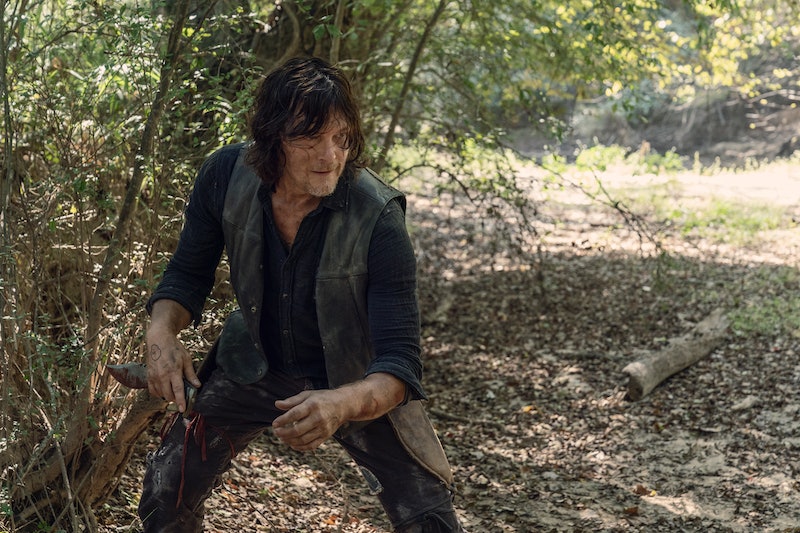 Throughout the past 10 seasons, Daryl Dixon has become a beloved figure with The Walking Dead franchise. Played by Norman Reedus, his quiet, loyal demeanor and skills with a crossbow, have made him an essential figure in the series. No one wants to see anything bad happen to him, and while the source material can usually provide clues about a character's fate, what happens to Daryl in The Walking Dead comics may throw you completely for a loop — mostly because he isn't actually in the comics at all.

Yes, it's true, the character of Daryl was specifically created for Reedus and doesn't exist in the comic books themselves. Even after the character became so popular, Daryl continued to remain absent from the comics series, much like Daryl's older brother, Merle, who was also created strictly for the show. Why? Well, according to Walking Dead creator Robert Kirkman, who spoke on the matter during Skybound’s San Diego Comic-Con panel back in July 2018, the reason behind the decision has to do with "legal issues" surrounding the character, though he didn't really get into the specifics behind it.

“Norman Reedus likeness rights and stuff,” Kirkman explained at the time, as per Comicbook.com, while admitting that he enjoys making the books and show different in such a profound way. “I love the fact that there is something, if you read the comics, there would be an absence of Daryl and I feel like that adds to the mystery of the comic and makes it more appealing.”

Interestingly enough, though, Kirkman wasn't the one who originally created Daryl for the series. That accomplishment goes to Season 1 showrunner Frank Darabont and writers Charles H. Eglee and Jack LoGuidice, who penned Daryl's debut in the third episode, "Tell It to the Frogs." And now, 10 seasons in, Daryl remains a central part of the story, but that doesn't necessarily mean he's safe, especially given the events of Season 10 so far.

This show has proven time and time again that it isn't afraid to say goodbye to core characters — RIP Rick, Carl, and Glenn — so it's possible that Daryl could be next on that list. With no source material to look to, Daryl remains a constant wild card. There's no way to predict his fate, which means anything can happen. He's been able to survive so much for so long — let's just hope that streak continues regardless of whatever new disaster comes his way.