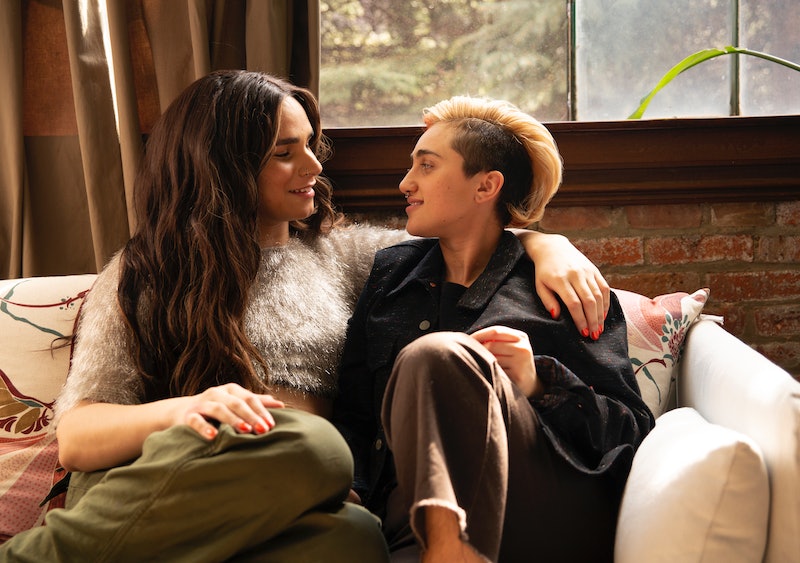 When you're trying to figure out whether tonight's cute date is a good candidate for more dates, you might want to ask them if they're a consequentialist. A what now? A consequentialist is someone who considers the outcome before anything else, who would be more likely to spend their holiday bonus on charity than buying something for their partner. And according to science, you might not want to date said consequentialist. Because a new study says that when it comes to dating, nice folks really might finish last, Vox reported.

The study, published in the Journal for Experimental Psychology, analyzed the responses of 192 participants to two stories in which the protagonists made an ethical decision. In one scenario, a protagonist named Janet chose between spending a weekend keeping her lonely mother company and building houses for people who had lost their homes in a flood. In the other scenario, a protagonist named Susan chose between spending a $2,000 prize she'd won to help her grandson fix his car, and donating the money to an organization dedicated to preventing malaria.

Based on those qualities, participants said that they preferred to date non-consequentialists (choosing family over strangers) instead of consequentialists. This was despite knowing that the consequentialists in the scenarios chose to help strangers over family because of a stated commitment to the greater good of humanity.

So what does this mean for the dating prospects of you consequentialists out there? They're not great, this study suggested. Consequentialists choose what they choose out of a desire to be a good person and do what's best for the planet overall — "the needs of the many outweigh the needs of the few," Star Trek-nerd consequentialists might say — but that brand of being a "good person" isn't good enough for potential datemates, the study said. Being less nice to humanity and more nice to your family is more likely, it concluded, to get you marks for being a good partner. Which, if you think about it, is kind of legit!

But, a 2011 study suggested, this might reflect more on non-consequentialists than consequentialists. The 2011 study, published in the journal Social Psychological and Personality Science, concluded that people prefer not to have their daily ethical choices challenged by consequentialist romantic partners or close friends. Fear of being judged for being 'less of a good person' was a top factor in participants being turned off by consequentialist folks, according to the study.

But fear not good people, nice folks, and consequentialists among you. You are quite dateable! Because even though you might make the hard call if presented with one in the vacuum of philosophy class, video game, or episode of Star Trek, chances are that in everyday life you still make decisions that prioritize your family and friends. And in fact, your consideration of broader ethical ramifications may well endear you to someone with similar ethics, or someone who admires your concern for the broader world.

And there's even more good news for the "good people" out there. The recent Journal for Experimental Psychology study used two women as the protagonists in the stories that the study used to rate people's dating choices. And even though most of the participants were themselves women, there remains a social expectation that women sacrifice their own desires for their family. When men do this, it is often not questioned. But when women prioritize others over their family? It's a different story.

Sure enough, a 2016 study published in the Journal of Social Psychology concluded that in order for women in the workplace to be perceived as warm, they had to literally loosen their hair and take off their makeup. And perceptions of "warmth" was one of the factors cited in the recent study about the dateability of people (specifically, women protagonists) who believe that the ends justify the means. But the good news is that you don't have to bring those gendered expectations of women into your own relationship choices.